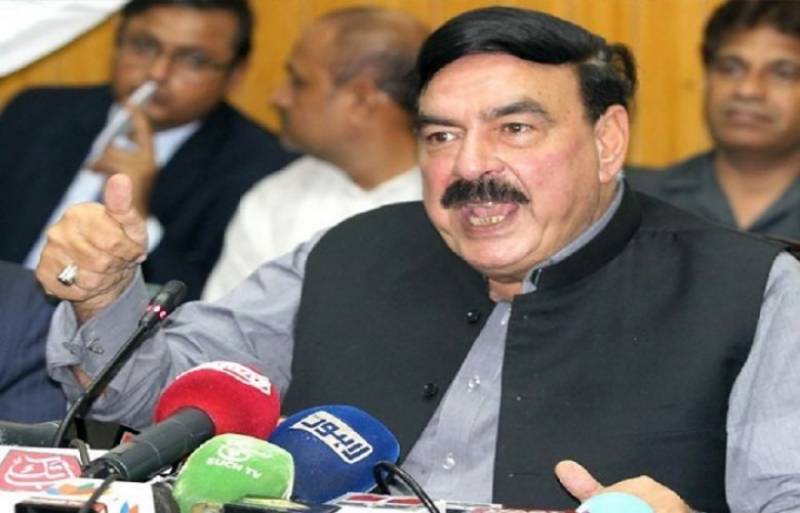 ISLAMABAD - Federal Minister for Railways Sheikh Rashid Ahmed hinted at a secret deal for the Nawaz Sharif is in making.

He said that people should believe his words about the issue being under consideration.“Has anyone heard since the last two months that Nawaz Sharif is unwell or he wants to go abroad?”, said the minister.

He said that former prime minister Nawaz Sharif makes matters worse by being obstinate while his brother Shehbaz Sharif is flexible.

Rashid said that Shehbaz Sharif is willing to have talks.

He further said that those ‘making calls from London’ can be brought here as well, adding that the matter is in discussion.

Apparently mocking Pakistan People’s Party leader Asif Ali Zardari, the federal minister said that talks are also being held with the former president and his aides are returning money.