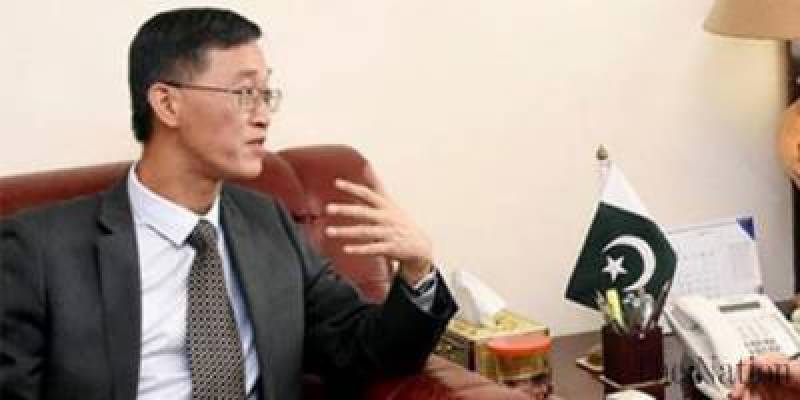 Chinese Ambassador Yao Jing rejected the reports that CPEC is either being shelved or delayed and China is not happy.

He said while talking to Federal Minister for Planning, Development and Reform Khusro Bakhtiar in Islamabad Friday.

While expressing satisfaction over the progress of CPEC projects the Chinese envoy hoped that bilateral partnership between the two friendly countries will further strengthen in the future.

Planning minister on the occasion has said that the ongoing phase of CPEC will bring about socio-economic benefits for the welfare of the people.

“The bilateral framework agreement has now entered into the second phase with a focus on poverty alleviation, agriculture and industrial cooperation,” he said, adding that the pace of CPEC projects was accelerated after the incumbent government came into power.

would be included under CPEC including petroleum and petrochemical plant, dams, refinery and gas pipeline.

During the meeting, various matters related to CPEC projects and holding of the next Joint Cooperation Committee (JCC) which would be held in Islamabad in November came under discussion.