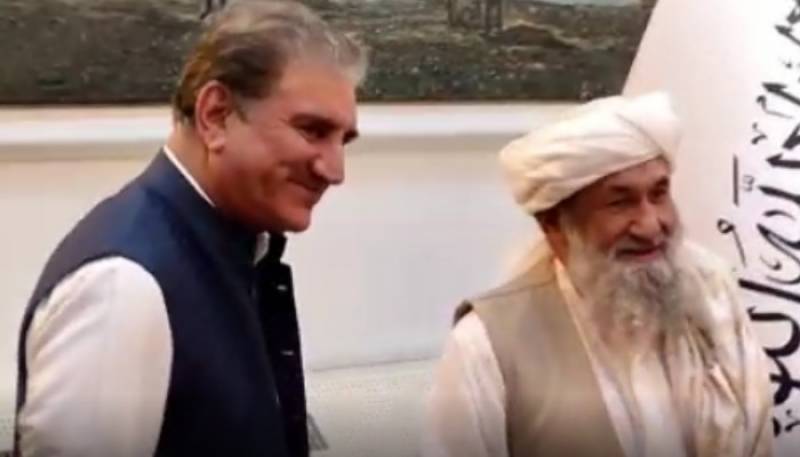 KABUL: Foreign Minister Shah Mahmood Qureshi reiterated Pakistan’s desires to have peace and stability in Afghanistan during his meeting with the country’s interim Prime Minister Mullah Hassan Akhund in Kabul on Thursday.

FM Qureshi arrived in the Afghan capital earlier today for talks with the Taliban leadership as they seek a path out of international isolation. Director General (DG) Inter-Services Intelligence (ISI) Lt Gen Faiz Hameed also accompanied him on his second visit to the Afghan capital since the Taliban took power.

“Visa facilities to Afghan citizens, especially the business community, opening up of new border points, and facilitating movement are steps taken by Pakistan to facilitate the people of Afghanistan,” FM Qureshi pointed out during his meeting with PM Akhund.

He expressed Pakistan’s resolve to play a constructive role, in collaboration with Afghanistan’s neighbouring countries, for peace and stability in the region.

Both the officials also exchanged views on matters of bilateral interest, enhancing cooperation in the economic sector, including trade and commerce, and various options to bring the Afghan people out of an ongoing financial crisis.