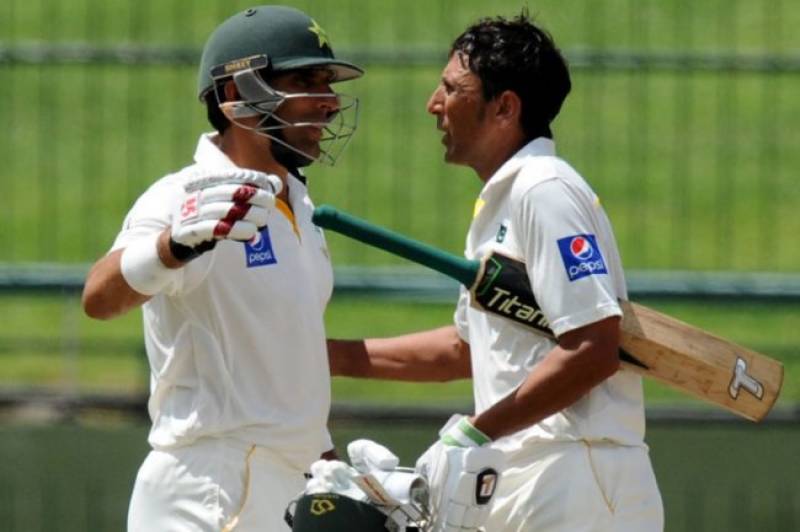 Pakistan captain Misbahul Haq and former captain Younis Khan now hold the record for having scored most runs in partnership for Pakistan.

The deadly duo has so far scored 3156 runs together in 49 innings together.

The count is not over yet as the two are not only fit enough to play for as long as they want to, there is still a second innings left in this Test.

The previous best for two Pakistani batsmen together also featured Younis Khan who had scored a total 3137 runs along with Mohammad Yousuf in 42 innings together.

The duo is considered as the back bone of the Pakistan cricket team.