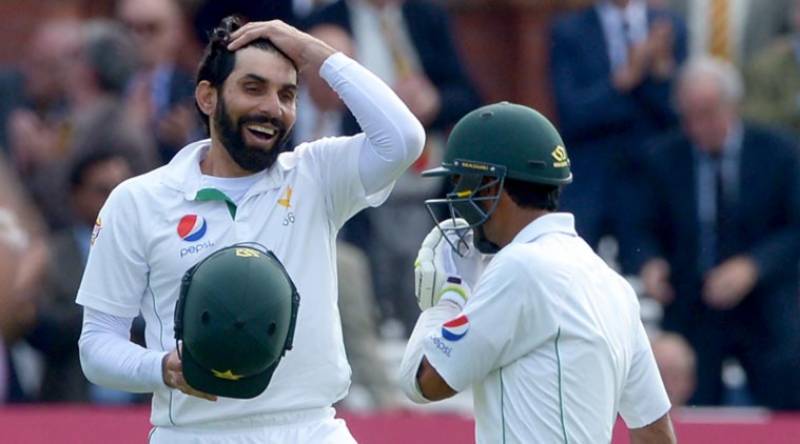 ABU DHABI: The second cricket Test between Pakistan and West Indies is being played in Abu Dhabi on Friday.

This is the 48th test match in which legendry skipper Misbah ul Huq is leading the Pakistan side.

Misbah ul Huq has equalled record of legendry Imran Khan who had the honour of leading Pakistan in 48 test matches.

The Match starts at 11:00 am Pakistan's Standard Time.

Pakistan is leading the three match series by 1-0.

Pakistan has won the toss and elected to bat first against West Indies in the second test match.

Muhammad Amir and Wahab Riaz have been given rest for the second test match.

Yunus Khan, Zulfiqar Ali and Rahat have been included in the playing eleven.