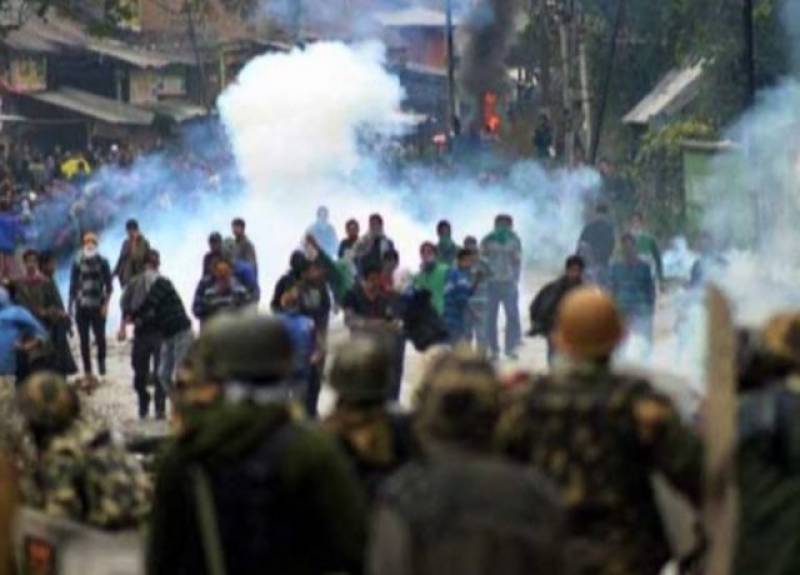 The NA Speaker also met the All Party Parliamentary Group (APPG), on Pakistan at the British Parliament and brief them about the Kashmir issue, said a message received here Friday.

The meeting was also attended by Mayors, Councilors, Kashmiri organizations, members of the Pakistani community and media representatives,

The Speaker said the movement for self-determination in Kashmir was indigenous and could not be suppressed by state oppression.

Speaking about the plight of Kashmiris, he apprised the audience that so far over 100,000 Kashmiris had been killed.

According to him, the recent human rights abuses were unprecedented as people were being killed, blinded and wounded with impunity under prolonged curfew.

He called upon the UK to play its role in resolving the issue of Kashmir, as it was part of the unfinished agenda of partition. The Speaker also urged the parliamentarians to ask the British Prime Minister to take up the issue of human rights abuses with her Indian counterpart during her upcoming visit to India.

The Speaker informed them that Organization of Islamic Conference (OIC) had adopted a very strong resolution on the grave human rights situation in Indian Occupied Kashmir (IOK).

He stated that OIC reaffirmed unwavering support to the just cause of Kashmiri people.

Speaking on the occasion, the High Commissioner thanked the parliamentarians for their support to the Kashmiris. He also informed them that the High Commission had already handed over a dossier on Kashmir to the British government. The dossier contains details of the human rights violations in the IOK.

Prior to this, the Speaker held a meeting with David Nuttall MP, who is also the chair of All Party Parliamentary Group (APPG), on Kashmir, and discussed the situation in IOK in detail.