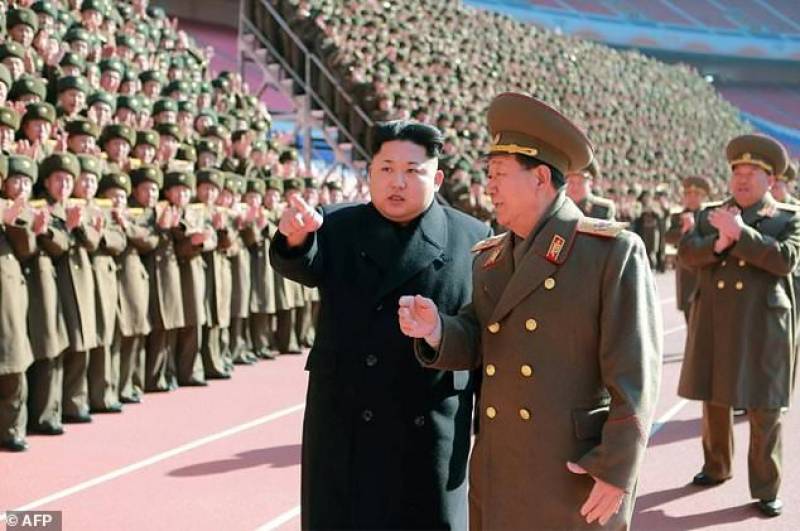 Seoul: A purge of senior North Korean military figures is part of a bid by leader Kim Jong-Un to reduce the influence of the powerful army and further tighten his grip on the country, analysts said Tuesday.

Since taking power in 2011, North Korea's young leader has brutally removed anyone perceived as a potential challenge to his authority, including ordering the execution of family members.

But observers say the latest move appears aimed at curbing the overgrown influence of the military, which blossomed under his late father Kim Jong-Il's Songun (military-first) policy.

The head and deputy head of the military's powerful General Political Bureau, Hwang Pyong-So and Kim Won-Hong, have been punished for "impudence" towards the ruling Korean Workers' Party, which Kim Jong-Un heads, the South's spy agency has said.

The bureau is tasked with ensuring loyalty to the Party among the ranks of the Korean People's Army, Yonhap reported, citing lawmakers briefed by the National Intelligence Service.

"This is another Kim Jong-Un play aimed at tightening his grip on, and taming, the military," Yang Moo-Jin, a professor at the University of North Korean Studies, told AFP.

Kim is moving away from the Songun policy and "reaffirming the principle that the party is always above the military" Yang said.

Professor Koh Yu-Hwan at Dongguk University added: "The Songun policy has always been a double-edged sword and Kim is reorganising the military that became overgrown under his father and is restoring the system of party dominance."

The NIS said the level of punishment meted out to the two men was not known, but South Korean lawmakers who attended the closed-door briefing suggested they might have been sent to provincial farms for re-education through labour.

Hwang was once seen as the second most powerful man in North Korea. He led the high-level delegation that visited the South during the Incheon Asian Games in 2014, and made his last public appearance in October.

Kim Won-Hong had returned to office earlier this year after being sacked as minister of state security, for power abuse and corruption in mid-January.

Kim, who served as the spy chief since 2012, had played a key role in arresting and executing Kim Jong-Un's uncle Jang Song-Thaek four years ago.

The North's leader has reportedly killed more than 100 military, party and government officials, including Jang and Hyon Yong-Chol, a former defence chief who was put to death in 2015.

South Korea believes he was also responsible for the Cold War-style assassination of his half-brother Kim Jong-Nam, who was poisoned at a Malaysian airport earlier this year.