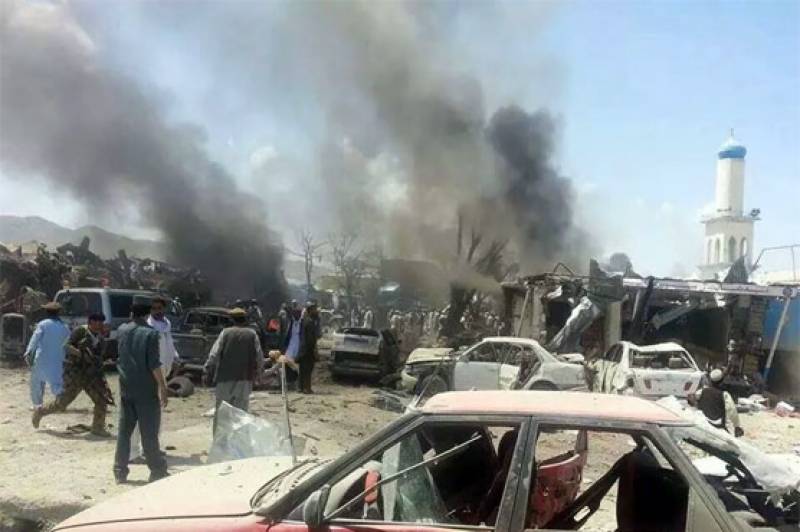 KABUL (APP) - A massive suicide blast at a Shiite mosque in Kabul killed at least 27 people Monday and wounded 35 as worshippers gathered to mark a religious ceremony, officials said,

"It was a suicide bomber who blew himself up among worshippers inside the mosque, killing 27 and wounding 35," senior police official Fridon Obaidi said.

Police cordoned off the area around the Baqirul Olum mosque in the west of the Afghan capital.