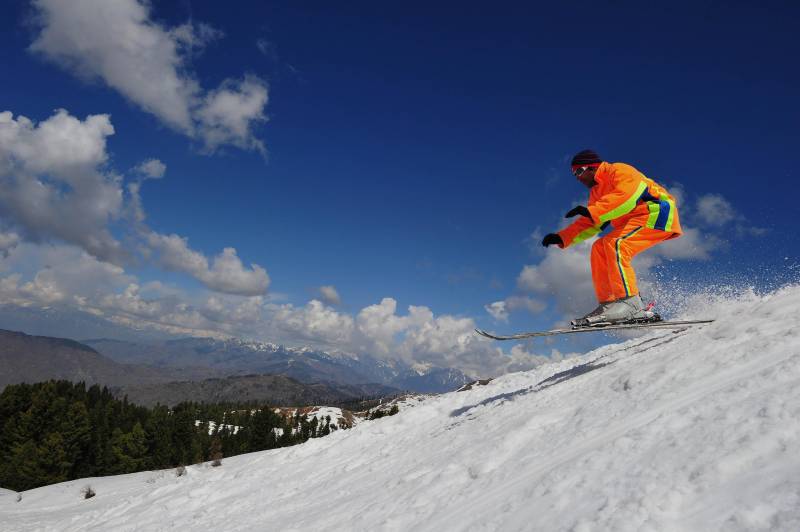 "Yes, we will be holding two back-to-back international events at Malam Jabba from January 25, 2017 and Naltar from January 31.

Both the events will see athletes featuring in giant slalom and slalom races," Naqvi told APP.

Malam Jabba ski slope has not seen any international or ski federation sponsored competition for the last several years as the resort was sealed in 2007 due to the operation against terrorists.

"But now it is all set to host at least five international teams during the forthcoming winter season", Naqvi said.

The Naltar ski slope of Gilgit-Baltistan, which hosted top Turkish skiers last year during the International Karakoram Ski Cup is preparing for the 2nd International Chief of Air Staff Karakoram Alpine Ski Cup 2017 in the third week of January, he added.

Naqvi revealed that the federation had invited Italian, Turkish, Ukrainian and Iranian ski teams for the events at Malam Jabba and Naltar. "We are hoping for a good turnout in these two events," he said.

He expressed the optimism that the return of international skiing would help improve Pakistani skiers' skills.

"International races are always important. We hope our skiers will benefit a lot as they are also preparing for the 2017 Asian Winter Games, scheduled to take place in Japan. They get much-needed practice for the bigger events" he said .

Meanwhile the Ski Federation has called its General Counsel Meeting in Islamabad on November 30. The meeting to be attended by all the affiliated associations clubs including Pakistan Army, Pakistan Air Force, Pakistan Navy, Gilgit-Baltistan Scouts, Higher Education Commission and Pakistan Civil Aviation Authority (PCAA) will discuss the forthcoming winter ski completions and arrangements for the international competitions.