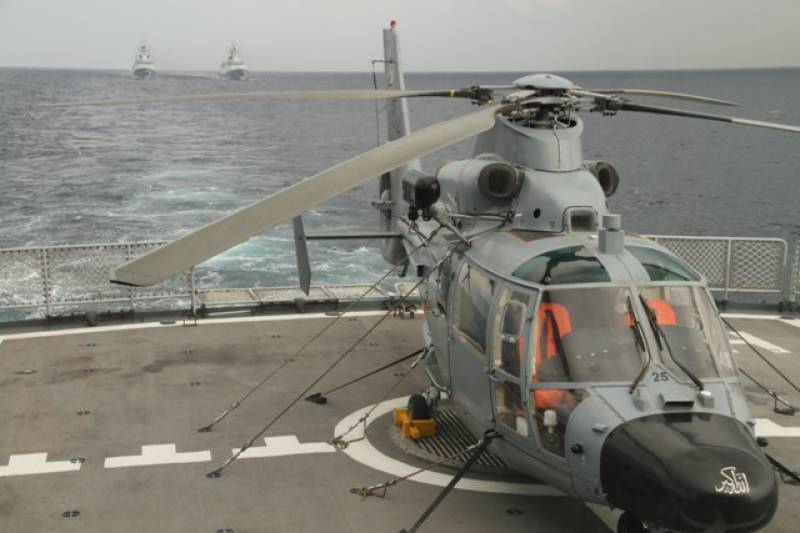 A Pakistan Navy statement here said the exercise was being held in Arabian Sea between the two brotherly navies from November 19 to 21. The exercise covers wide spectrum of maritime and naval operations by ships, helicopters, maritime patrol aircraft, joint boarding operations by special forces, air defence exercises, communication drills and joint manoeuvers by ships from both navies.

During his visit onboard, the Naval Chief interacted with the PLA(N) ship's crew and appreciated their operational competence.

The Admiral expressed his satisfaction over the regular visits of PLA(N) ships and conduct of bilateral exercises between the two navies.

The Naval Chief said Pak-China friendship was highly valued and the continued cooperation between them had proven to be a source of strength for both the countries.

He said regular conduct of PN-PLA(N) bilateral exercises would further enhance the level of cooperation and inter-operability between the two navies that would contribute towards the regional peace and stability.

Thereafter, Admiral Muhammad Zakaullah visited PN Fleet Units and showed satisfaction over their readiness in keeping vigil over the PN area of responsibility.

During interaction with officers and men onboard, the Admiral commended their morale, preparedness and resolve to defend the maritime frontiers of the motherland.

"Pakistan is a peace-loving country and wants peace and stability in the region. However, any act of aggression will be answered befittingly," he said.