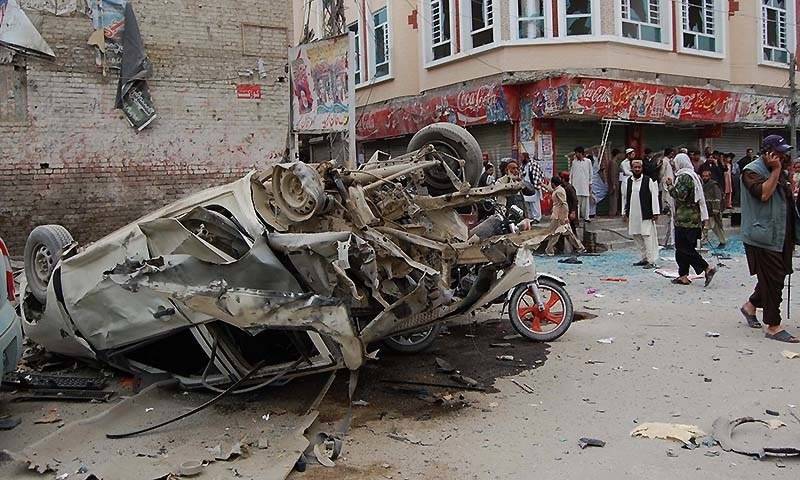 CHAMAN (APP): A passerby was killed as a remote-controlled bomb blast took placed on Boghra Road in the border town when vehicle of a law enforcement agency was passing by, here on Monday.

The police sources said that unknown men planted Improvised Explosive Device (IED) on Boghra road and detonated it with a remote control when an official vehicle carrying personnel of a law enforcement agency was passing through the area. As a result of explosion, one passerby suffered critical wounds who succumbed to his injuries on his way to hospital, they added.

The law enforcement personnel have cordoned off the entire area and launched search operation to trace out the suspects. Further probe was underway.