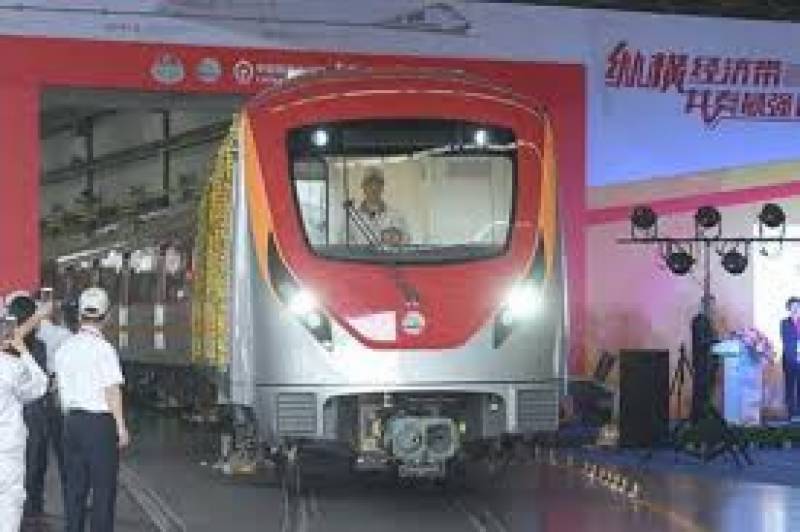 The first of twenty-seven trains designed for Orange Line Metro will reach Lahore in July this year.

According to official sources, the first train will be handed over by Chinese company to Punjab government and the remaining twenty-six will reach at the end of this year.

China and Pakistan have signed a framework agreement to build the Orange Line of rapid mass transit system in Lahore.

The 26-kilometer line Orange Line Metro Train will have twenty-six stations, two of which will be underground