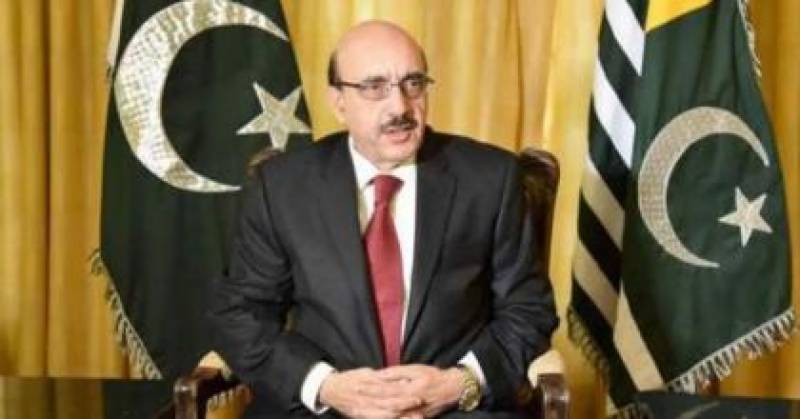 MIRPUR (AJK) : Mar 21 (APP):Azad Jammu and Kashmir President Barrister Sultan Mehmood Chaudhry Monday said that since the Kashmir issue has entered into a decisive phase, concerted efforts on the part of all political stakeholders were needed to highlight the issue at the world level. He expressed these views while talking to various delegations at Aiwan-e-Sadr, in the State metropolis.

Speaking on the occasion, Barrister Chaudhry said, “At this critical juncture, we all need to demonstrate the sense of responsibility and unity and play our role in highlighting the Kashmir issue in international forums”.

He said that the government of Azad Jammu Kashmir would continue to play its role in promoting the Kashmir cause and raising voice against Indian brutalities in the Indian held territory. The president said that since he took the oath of office a number of initiatives were taken to bring world focus on human rights violations in the occupied Kashmir.

“In this regard, I visited many western and EU countries to draw world attention towards the fast deteriorating political and human rights in Kashmir”, he said adding that massive public rallies under the aegis of all parties conference were also organized in Islamabad and Muzaffarabad to express solidarity with the people of Kashmir.