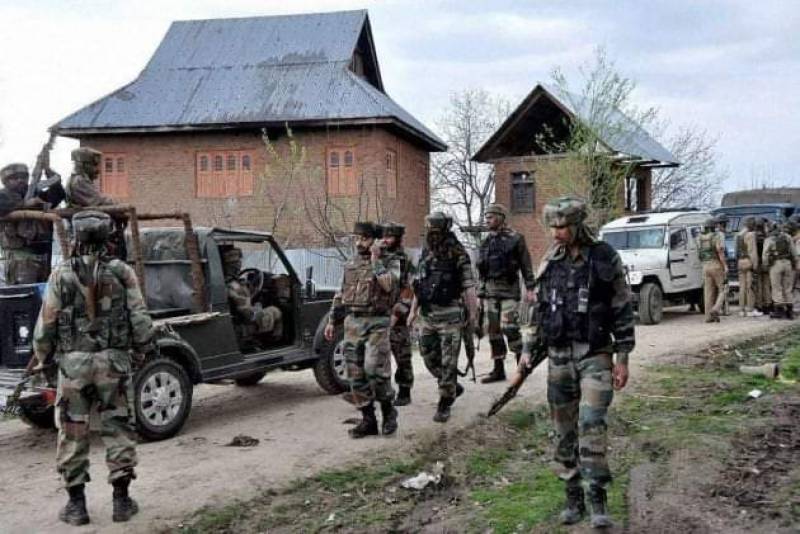 SRINAGAR - One Indian policeman and a soldier were injured in an attack in Warpora.

Two Indian policemen, including a Station House Officer, were injured in a grenade blast in Sopore town, today.

Three Indian soldiers were killed by fire from his colleague.

An Indian soldier opened fire on his colleagues killing three of them at an army camp in Battal Ballian area of Udhampur district.

Meanwhile, on the call of Joint Resistance Leadership a large number of people including traders held a demonstration outside historic Jamia Masjid in Nowhatta area of Srinagar, today, against the killing of a school principal, Rizwan Asad, in police cust