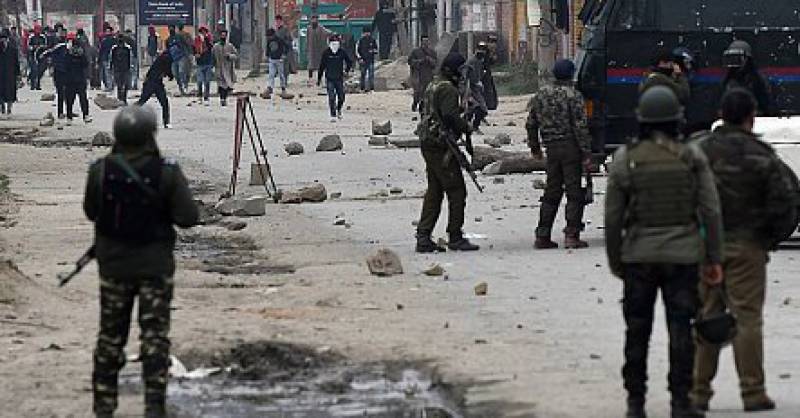 In occupied Kashmir, normal life was crippled due to a protest shutdown against the killing of a school principal, Rizwan Asad, in police custody at an infamous torture center, Cargo Camp, in Srinagar, yesterday.

Call for the strike was given by Joint Resistance Leadership and supported by trade bodies and Kashmir Bar Association. All shops and other business establishments were closed while public transport was off the roads in Srinagar and other district headquarters of the valley. Forces’ personnel were deployed in strength in all sensitive areas. Mobile Internet and train services remained suspended in the occupied territory. The 28-year-old martyr, Rizwan Asad, was associated with Jamaat-e-Islami.

The JRL has appealed to all segments of the society including traders, lawyers, Bar Association, civil society and others from different walks of life to peacefully protest, tomorrow, against the custodial killing and assaults on Kashmiris. On Friday after Juma prayers, people at all Masajid, Khanqahs and Imam Bargahs will raise their voice against the custodial killing by NIA and continuing policy of oppression by India.

Meanwhile, thousands of people participated in the funeral prayers of the martyred school principal in Pulwama district. Amid anti-India and pro-freedom slogans, Rizwan was laid to rest at his ancestral graveyard in the district. Hurriyat leaders and organizations in their separate statements denounced the killing of Rizwan Asad in custody.

The All-Party Sikh Coordination Committee in a statement in Srinagar deplored that no headway had been made in the Chittisinghpora mass killing of Sikhs despite the passing of 19 years.