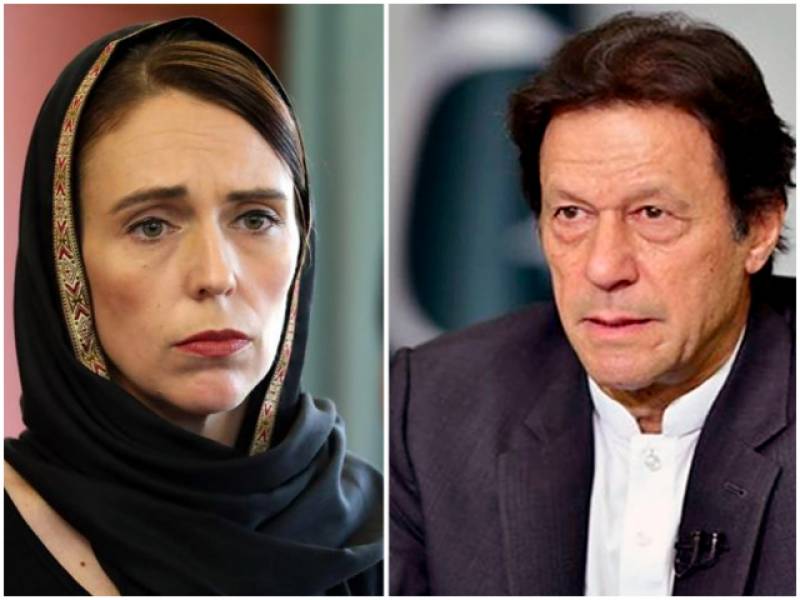 PM Khan has given an invitation offer for an official visit to Pakistan for which she has promised to give a considerate thought.

According to details, the premier has lauded Ardern’s efforts to handle the situation by taking timely steps and expressing solidarity with the victims.

He said that NZ PM’s condolences to the Muslim families who lost their loved ones in the shootings has created her special place in hearts of people across the world.

Pakistan also mourns loss of precious lives in the incidents, he added.

Imran Khan further urged international community to play role in eliminating terrorism in the world and invited her to visit Pakistan.

Meanwhile, PM Arden said that New Zealand was in shock and informed Imran Khan of immediate actions taken after the attack including the banning of all military style semi and automatic guns and assault riffles.

She also acknowledged the sacrifices of Pakistanis in the attack, particularly the bravery and valour of Mr. Naeem Rasheed, adding that New Zealand while valuing the contribution of the Muslim community assured them freedom and protections. ------------------------------

Ardern was in Christchurch, wearing a headscarf in a poignant show of solidarity with victims families.

The next day, in the capital Wellington, she put on the headscarf again and was seen in emotional embraces with members of the shellshocked Muslim community.

The heartfelt expressions of solidarity and shared pain embodied the sense of vulnerability many Kiwis now feel, and offered a powerful rebuttal of the politics of hate.

"She never had to deal with something so horrific," said Vicki Spencer, of the University of Otago s politics department, "nor has any other New Zealand Prime Minister."

But she quickly moved beyond the role of consoler-in-chief to confront the challenges posed by an Australian white supremacist who, unbeknownst to any security agency, was able to come to her country, legally purchase weapons of war, and devastate the nation.