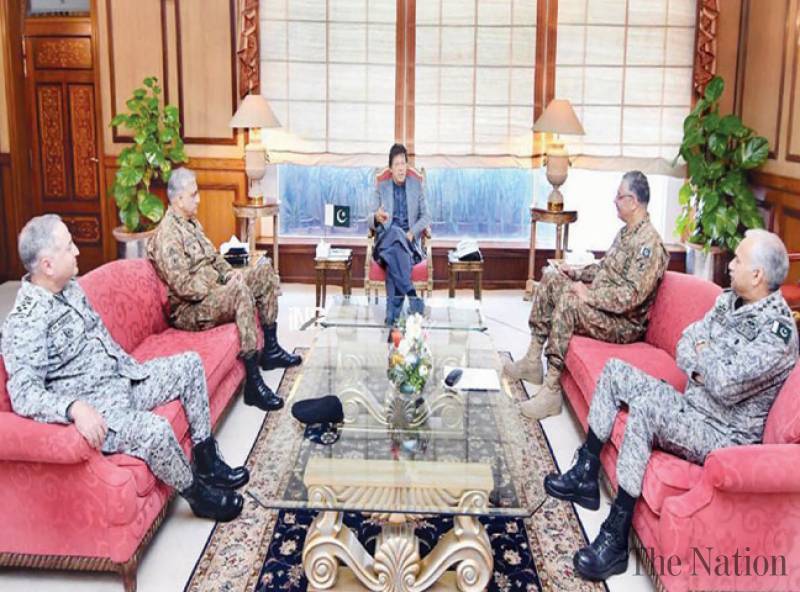 ISLAMABAD - Prime Minister Imran Khan yesterday said Pakistan will give robust response to any Indian aggression in future as well, as it did last month when it was attacked by the belligerent neighbour.

He was speaking to country’s top military leadership who called on him at the PM House to discuss national security situation and professional matters of all the three armed forces.

The military leadership assured the PM that the armed forces were fully capable to thwart any aggression and the prime minister expressed full confidence in the capabilities, official sources said.

In connection with recent Indian aggression and Pakistan’s befitting response, Premier Khan said the country will use its right of self-defence in future as well.

Sources said the civil and military leadership discussed military’s operational preparedness in the wake of tension on Eastern border, overall security situation in the country and visit of Malaysian prime minister to Pakistan.

The meeting also took stock of the arrangements for the Pakistan Day, which is observed each year on 23rd of March. A key attraction of the day is the parade of the armed forces during which the conventional and non-conventional arms and defence systems will be put on display for the citizens.

Malaysian Prime Minister Dr Mahathir Mohamad, who is arriving today on a three-day visit, will be the guest of honour at the Pakistan Day Parade.