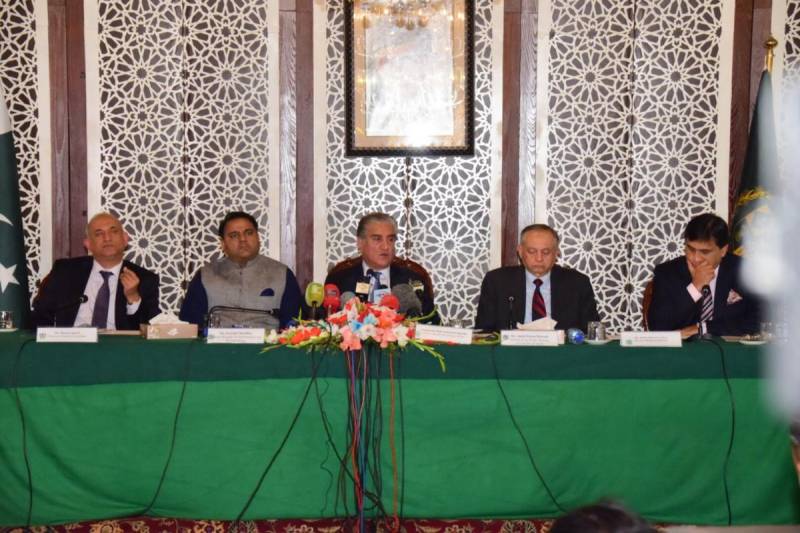 ISLAMABAD - Foreign Minister Shah Mehmood Qureshi has asked the world community to take notice of India's double standards on the issue of terrorism.

Addressing media briefing at Foreign Office in Islamabad on Thursday afternoon, he said on one hand India is blaming Pakistan for Pulwama incident without any proof while on the other its National Investigation Agency Court has acquitted all the four accused in Samjhauta Express train attack, in which forty-four innocent Pakistanis were gunned down.

He said the decision is shocking as the main accused, Swami Aseemanand, had himself confessed to his crime. He said Pakistan strongly protested on this development and gave a demarche to India.

Shah Mehmood Qureshi said India's reaction to the Christchurch attack also demonstrates New Delhi's double standards as it did not even mention the words Muslims or mosques while condemning the attack. He said on one hand, India has such attitude towards the Muslims while on the other, it seeks representation in the OIC.

He said that it is due to these double standards that the world community is not giving any value to the Indian narrative.

The Foreign Minister said that the post-Pulwama situation in the region has once again proved that China is a time-tested friend of Pakistan and it stands by Pakistan like a rock.

He said Pakistan has received dossier from India about the Pulwama incident and it will show to the world whatever its findings are.