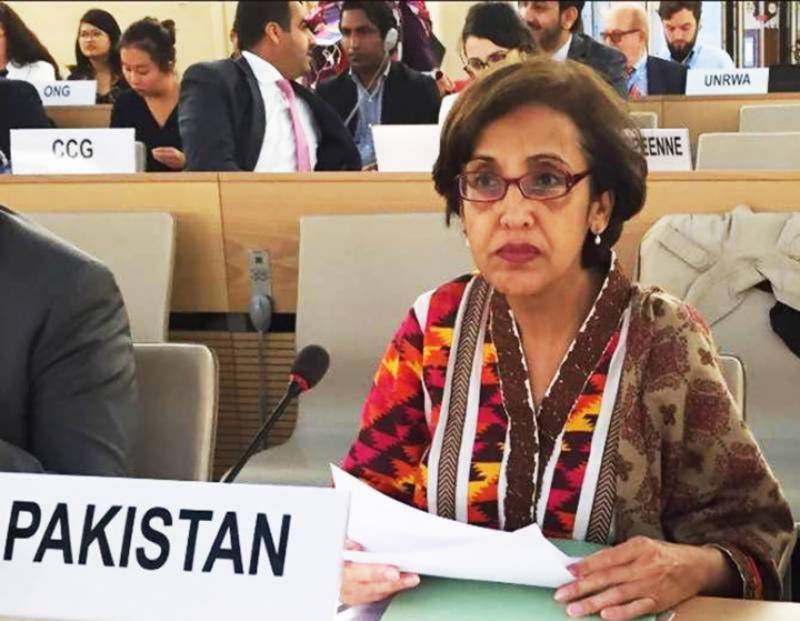 ISLAMABAD: Foreign Secretary Tehmina Janjua and Deputy Secretary General of the European External Action Service Jean-Christophe Belliard on Wednesday co-chaired the 5th round of Pakistan-EU Political Dialogue in Brussels to discuss regional peace and security, various facets of bilateral relations with a particular focus on trade and investment.

According to a Foreign Office press statement issued here, the Foreign Secretary briefed the EU side on the recent volatile situation in South Asia notably the Indian aggression against Pakistan, underscoring that it was gross violation of the international law and Pakistan had acted in self-defence with restraint.

She said Pakistan had also taken several steps to de-escalate the situation, including release of the captured Indian pilot as a gesture of peace,

reactivation of hotline between Directors Generals Military Operations, return of Pakistan’s High Commissioner to New Delhi and convening of the meeting in connection with opening of Kartarpur Corridor.

Pakistan had renewed its offer of dialogue to India to address all outstanding issues, she added.

The EU appreciated the steps that Pakistan had taken to diffuse and de-escalate the situation.

In the context of deteriorating situation and gross violations of human rights in the Indian Occupied Kashmir, the Foreign Secretary urged the EU to speak out against these abuses and lend its support to various international reports documenting such violations including that of the UN High Commissioner for Human Rights.

The Foreign Secretary also briefed the EU side on Pakistan’s efforts to facilitate the ongoing talks between the US and the Taliban. Reiterating that there was no military solution to the Afghan conflict, she emphasized that a politically negotiated settlement, led and owned by the Afghans, was the only sustainable way forward.

The EU commended and expressed support for Pakistan’s constructive role in the Afghan peace process.

The 5th round of Political Dialogue was significant as it provided an opportunity to review the progress made in the bilateral relations and to prepare for the 3rd round of Pakistan-EU Strategic Dialogue at the Foreign Ministers-level, which will be held in Islamabad shortly.

Both sides agreed to further deepen and diversify their ongoing cooperation under the multi-tiered Pakistan-EU framework of consultations.

The 6th round of Political Dialogue will be held in Islamabad in 2020.