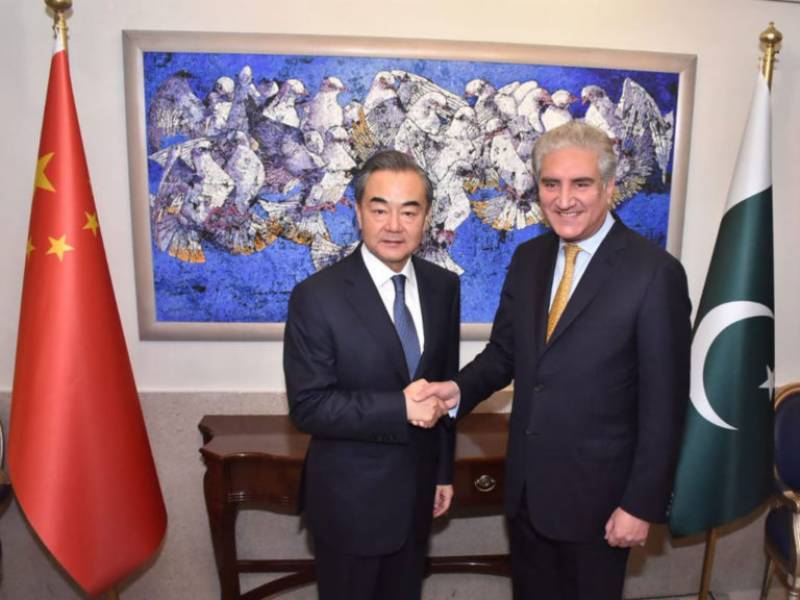 ISLAMABAD - Pakistan Foreign Minister Shah Mehmood Qureshi has said during his visit to China, the stance of China regarding Maulana Masood Azhar was also discussed.

However, he said findings of UN Sanctions Committee are confidential and cannot be commented upon.

The Foreign Minister said that the post-Pulwama situation in the region has once again proved that China is a time-tested friend of Pakistan and it stands by Pakistan like a rock.

He said Pakistan has received dossier from India about the Pulwama incident and it will show to the world whatever its findings are.

He said that China will hold the Belt and Road Forum on April 25, which besides heads of state and government of thirty-six countries, will also be attended by Prime Minister Imran Khan.

He said Pakistan will have a key role in the conference because China Pakistan economic Corridor is a flagship project of the Belt and Road Initiative.

Shah Mahmood Qureshi said that it was for the first time that he held strategic dialogue with his Chinese counterpart Wang Yi during his recent visit to Beijing, with the objective to upgrade political consultations between the two countries.

He said he also briefed the Chinese leadership about the ongoing talks for restoration of peace and stability in Afghanistan.

About relations with the United States, the Foreign Minister said it is encouraging that President Donald Trump, Zalmay Khalilzad and other senior US officials are speaking of improvement in relations with Pakistan.

About the visit of Malaysian Prime Minister Mahathir Mohammad, he said the visiting dignitary will be accompanied by a large delegation, including businessmen and other key senior officials. The visit will further boost the existing exemplary relations between Pakistan and Malaysia.

Shah Mehmood Qureshi said the tragic incident of attacks on mosques in New Zealand resulted in martyrdom of fifty people, including nine Pakistanis. He lauded the behavior of New Zealand government, particularly Prime Minister Jacinda Arden, in the wake of this attack.

He also appreciated the courage and bravery of the New Zealand national of Pakistani origin, Naeem Rashid, who tried to save fellow Muslims by laying down his life.

The Foreign Minister said Pakistan and Turkey have taken an initiative by convening an emergency meeting of OIC Executive Committee to discuss growing Islamophobia and analyze the reasons for increasing hatred against Muslims in many European countries. He said he will leave for Istanbul tonight to represent Pakistan in the meeting.

He told another questioner that there is a complete consensus on National Action Plan and a twenty-point agenda was agreed upon. He said the NAP was agreed and signed by all parliamentary leaders. He said many forces are trying to isolate Pakistan internationally and it is the collective responsibility of all political parties to play their role in national interest.