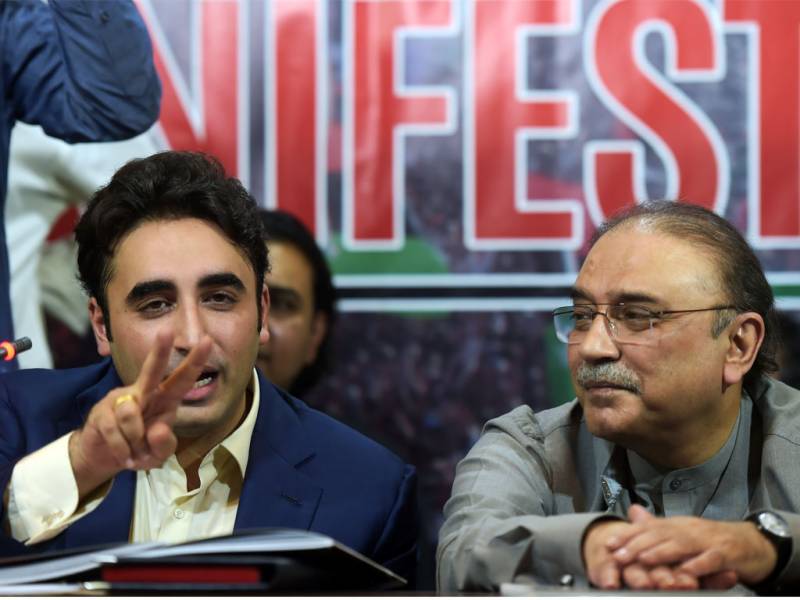 “Bilawal Zardari should have answered NAB questions and provide proofs of his innocence, but he acted as a spokesperson of Narendra Modi and criticized the National Action Plan”, he said in a press statement.

Omer Cheema condemned the hooliganism of PPP workers outside the NAB office.  The chaos created by the PPP workers at the behest of their leaders was reprehensible, he added.

He claimed, “Zardari and Bilawal are hell bent upon obliterating Bhutto’s legacy.”

Zardari, he alleged, was following Nawaz Sharif’s foresteps in a bid to safeguard his “ill-gotten wealth”.

“Bilawal’s statement belittled our martyrs. His anti-state remarks have unmasked the PPP’s inimical face,” he added.