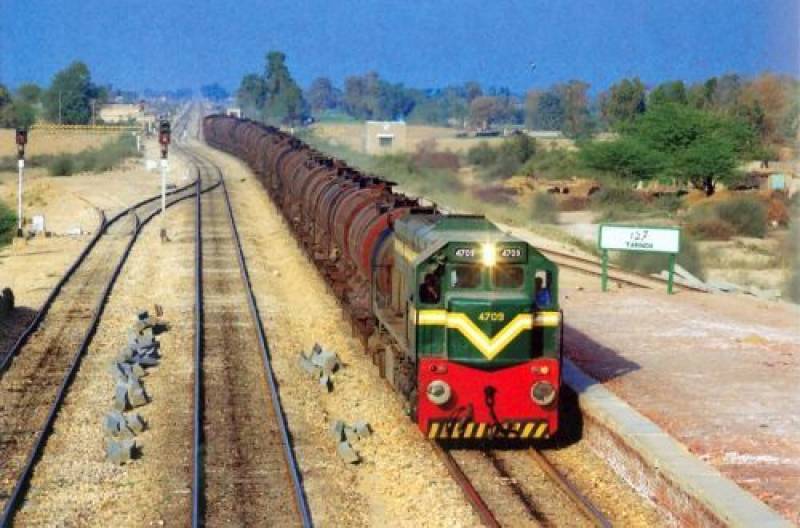 PESHAWAR: (APP) The Federal Government's consistent plans and focused strategies for revival of Pakistan Railways (PRs) have remarkably helped improved punctuality of trains, up-gradation of tracks and revenue of this public sector entity.

The annual revenue of Pakistan Railways that remained at lowest level of around Rs10 billion in 2013 had jumped to a record Rs38billion last year due to increase of passengers and freight services, he explained.

He said financial situation of PRs in 2012-13 was grimed and funds were not available even to buy oil to run freight and passengers' trains.

However, he added due to comprehensive strategies and plans of Federal Minister for Railways, Khwaja Saad Rafique the Railways' services have remarkably improved and people's confidence has restored in the train services thus making the PRs a profitable entity.

Under China Pakistan Economic Corridor Project (CPEC), he said the main Peshawar-Karachi railways' track would be upgraded to provide speedy and safe service to the passengers.

With up-gradation of Peshawar-Karachi track, he told the trains would speed up to 160 kilometers per hour besides generating more revenue from freight service.

To improve freight service, he said as manay as 58 locomotives were obtained from brotherly country China to supply coal for power plants in the country.

He said we can earn additionally Rs 4 to 5 billion income by using freight trains service for transportation of coal from Sahiwal and Jamshoro.

Under a plan, he said a 300 Hopper Wagons would be manufactured at Risalpur Locomotive Factory for transportation of coal to supplement Federal Government efforts to make the country's self-sufficient in energy.

The DS said Green-line Train service that runs between Rawalpindi and Karachi proves highly successful and Pakistan Railways has the plan to extend this service to Peshawar in future.

The DS said he held important meetings with high authorities of KP Government including Chief Minister KP in connection with circular railways track under Greater Peshawar Commuters Project and offered full technical support to him.

He said 200 kilometers track would be laid between Peshawar-Nowshera-Mardan and Charssada that would not only counter problem of urbanization pressure on Peshawar but would also provide quality services to employees and people of above districts without shifting to Peshawar.

To a question, he said CM KP has desired operationalization of the circular railway project before general election and this dream of him can be materialized by making investment in this sector for which Pakistan Railways is ready to provide all technical support to KP Government.

Online ticket system has been started and passengers seeking tickets of Jaffar Express and Green-line trains can obtain it through accessing PRs' website, he explained.

He said zero tolerance policy has been adopted against encroachment and strict action are be taken against encroachers, adding the litigation was one of the major reasons due to which the PRs' land could not be vacated from the encroachers on time.

About future plans and projects in KP, he said, upgradation of Peshawar-Pindi track, construction of circular railways track in Peshawar division were in pipeline, saying work on Azakhel dry-port in Nowshera was also in progress and would be operationalized by end of 2017.

He asserted these projects after completion would not only connect southern and northern KP but would also provide speedy and affordable services to people besides promoting local and regional trade and investment.