US Commander General in Afghanistan and Argentina envoy calls on Army Chief
21 Mar, 2016 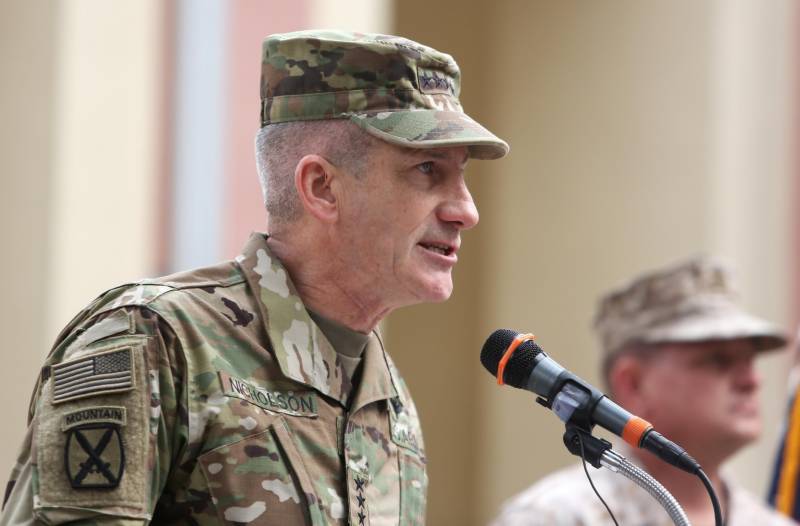 RAWALPINDI: US Commander General in Afghanistan John Nicholson and Argentina envoy Rodolfo Martin called on separately Chief of Army Staff General Raheel Sharif here at Monday.
According to ISPR, US Commander General visited GHQ and held meeting with Army Chief. Both Generals exchanged their views over the security situation of the region. Affairs related to reconciliation process in Afghanistan were also discussed in the meeting.

General John lauded the successes of Pak Army in ongoing operation Zarbe-e-Azab against terrorists.
Outgoing Argentina envoy discussed matters of mutual interest in a meeting with Army Chief. While appreciating the efforts of Pakistan in war against terrorism, the outgoing envoy said that Pakistan is taking effective measures for the eradication of terrorism.

He also paid tribute to the martyrs of Pak Army who lost their lives in fight against terrorism.