Russian Spacecraft with US Grandpa on board lands at US Space Station
21 Mar, 2016 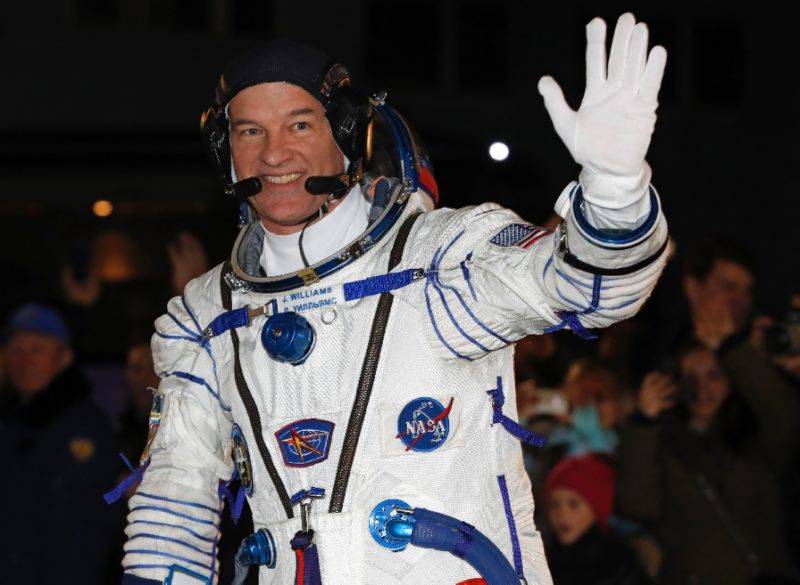 MOSCOW: Russian Spacecraft with US Grandpa and two others on borad successfully lands on US Space Station.
The crew took flight off from Russia’s space base in Kazakhstan at 21:26 GMT and docked at 03:09 GMT on the space base after completing 253 miles journey in approximately 6 hour.
The trio crew members included Russian Oleg Skriprochka and Alexey Ovchinin and a US grandfather Jeff Williams.

NASA tweeted “Spacecraft carrying crew successfully docks to @Space_Station.”
NASA claimed that the crew will spend near about six months in space and will conduct more than 250 science investigations.
NASA claimed that William has spent 362 in space so far in three space walks and will break the record of US astronaut Kelly who had spent 520 days in space.

While a Russian cosmonaut Gennady Padalka has set all time record by spending 879 days in space by ending his career’s final mission in September 2015.