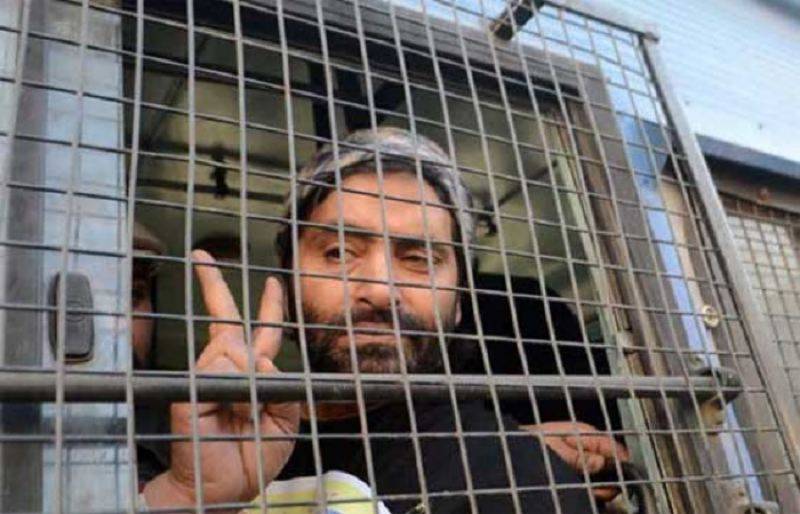 SRINAGAR: Indian Police arrested dozens of Jammu and Kashmir Liberation Front (JKLF) leaders during a protest rally in Srinagar.
The protesters chanted pro freedom and anti-India slogans which started from Koker Bazar and moving towards Lal Chowk.
The protest was held against the use of pellet guns and pepper gas by Indian forces and detention of Kashmiri leader Professor Syed Abdur Rehman Gilani by Delhi police.

Protesters also raised voice against the harassment of Kashmiri students in different states of India.
JKLF keader Showkat Bakshi said “We are assembled here to protest against the government which has always turned a blind eye towards the miseries of the people. How far is using pellet-guns against unarmed protesters genuine?”
He claimed that hundreds of protesters are affected from this move of Indian forces and urged the government to end this.

The protesters also demanded the immediate release of Kashmiris who are imprisoned in different jails of India.