Pervaiz Musharraf reveals what forced him to change return plan to Pakistan at eleventh hour
21 Jun, 2018 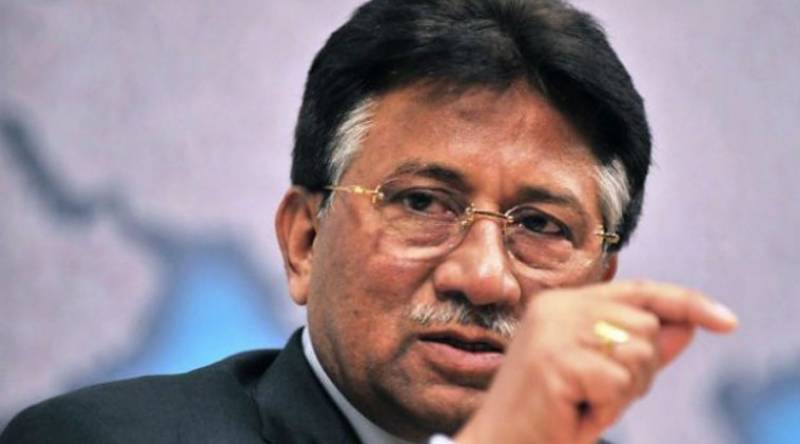 DUBAI - Pakistan’s former military ruler Pervez Musharraf on Thursday said that he was all set to return to the country, however, the Supreme Court order for his arrest forced him to change his mind.

“There will be no benefit of my return to the country if I am arrested just after my appearance before the court,” Musharraf said. “The entire world knows that I am not a coward, but now I will wait for an appropriate time to return,” he further said. ADVERTISEMENT

Musharraf , 74, who has been in exile in Dubai and London since 2016 is facing several cases in the Supreme and High Courts, including one for treason for allegedly subverting the constitution and the Supreme Court earlier this month asked him to return to Pakistan if he wanted to contest the General Elections scheduled on July 25.

The former president told reporters through a video link that the apex court order “barring the authorities from arresting me till my appearance before the august court has forced me to rethink my plans about return”.

Musharraf had left the country on March 18, 2016 for medical treatment after the authorities removed his name from the Exit Control List. His lawyers say he is still getting medical treatment abroad as he suffers from Parkinson’s disease.

Musharraf had filed nominations from two constituencies from his party platform, the All Pakistan Muslim League. However, first, he had his nomination papers rejected from the NA-1 constituency, Chitral by the returning officer and then withdraw his nomination himself from NA-247 in Karachi after he was told to appear before the election officer. ADVERTISEMENT

The Supreme Court on June 13 had issued a rebuke to the former strongman and directed him to present himself before the court in 24-hours and the fate of his nomination papers depended on his appearance before the court.

“If Pervez Musharraf is a commando, he should show us by returning instead of continuously parroting like a politician that he will return,” Chief Justice, Saqib Nisar had been quoted by the media.

“Why does Musharraf need protection, what is he so afraid of?” the CJP wondered. “How can a commando be so afraid? Musharraf has said that he evaded death many times but was never afraid,” he remarked. “He didn’t feel afraid when he was taking over this country,” the top judge added.

Asked about the National Accountability Bureau’s (NAB) to probe into his assets, the former president said he had no issues with the investigations into his assets and would cooperate fully with the NAB.

“What have I to hide as I live in a three-bedroom apartment,” he said.

Musharraf had formed the All Pakistan Muslim League party after stepping down as president before the 2008 general elections, 10 years after he led a successful military coup against prime minister Nawaz Sharif.

APML president Dr Muhammad Amjad said that Musharraf was willing to return to the country, but the Supreme Court had given him insufficient time under which arrangements for his travel, accommodation and security could not be made.