SCO full membership: How Pakistan is going to be benefitted with it
21 Jun, 2016 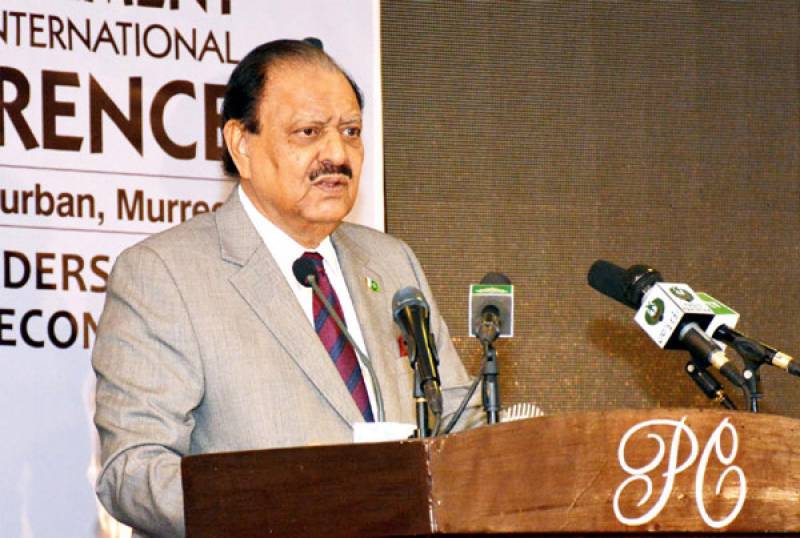 TASHKENT: (APP) President Mamnoon Hussain will arrive here Wednesday to represent Pakistan at the Heads of States Council meeting of the Shanghai Cooperation Organization (SCO) being held in the Uzbek capital on June 23-24.

"The summit is important as Pakistan will become the full member of the SCO which will brighten its prospects of gaining a strong and stable position in the region," Pakistan's Ambassador to Uzbekistan Riaz Hussain Bukhari told APP.

He said Pakistan was invited to start the process of becoming full SCO member at the Heads of State Council meeting held in Ufa, Russia, in July 2015.

"With signing of the `Memorandum of Obligations' at Tashkent, Pakistan will become the full member of the SCO following its substantive contribution to regional peace, security and development," he said.

The ambassador mentioned that on becoming as full SCO member, Pakistan would be in a better place to strengthen relations with member states, including Russia, China and Central Asian states.

The Foreign Office, in a statement, termed the SCO an important organization founded in Shanghai in June 2001. Its member states include China, Russia, Kazakhstan, Kyrgyzstan, Tajikistan and Uzbekistan.

The SCO Heads of States Council (HSC) is the highest decision-making body of the organization.

The SCO comprises six member states, five observers and three dialogue partners. Pakistan got the observer status in SCO in 2005 and was the first country to apply for full membership in 2010, the statement mentioned.

The SCO aims at strengthening friendly relations among states, maintenance of peace, stability and security in the region, building a new, just and rational international political and economic order, joint efforts in combating terrorism, extremism, separatism and the menace of narcotic substances.