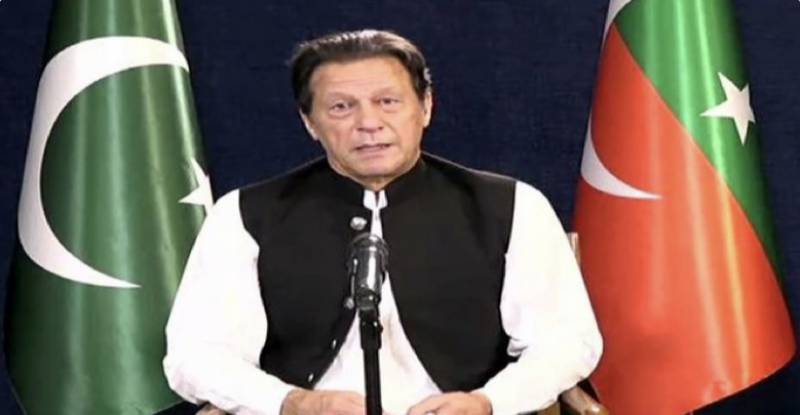 ISLAMABAD - PTI chairman Imran Khan has said that Asif Zardari and PM Shehbaz Sharif are using their salvaged looted money to purchase Punjab MPAs after having gotten their NRO 2.

In a message on Twitter on Thursday, he said: "The imported government brought in by the US regime change conspiracy first tried to rig the Punjab by-elections through the government and state machinery abetted by dishonest and biased CEC Sikandar Sultan heading the non-credible ECP. A highly aware and resolute public stood firm ensuring failure of nefarious design.

"Now the Kings of Crime, Zardari and Shehbaz Sharif having gotten their NRO2 are using their salvaged looted money to purchase Punjab MPAs and making a mockery of laws and desecrating our Constitution. I am asking the people of Pakistan that just as they came out and thwarted the plan to steal Punjab election on July 17.

"They must now protect their mandate by coming out to protest today across Pakistan. I will address the protests at 9pm tonight. Let Sri Lanka be a reminder as a clear message goes to cabal of crooks, their handlers and the ECP that the people will not allow you to steal their mandate in Punjab."