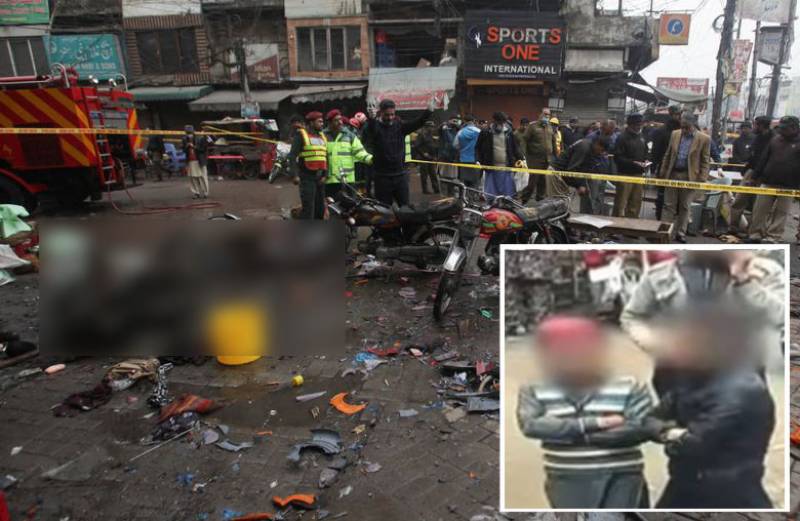 Report of *24 News* quoting sources said, the law-enforcement agencies have detained two alleged facilitators of the Lahore bomb blast that killed three people, including a nine-year-old child near a bustling entrance of the historic walled city.

The detained ‘facilitators’ have been shifted to an unknown location for further interrogation. Officials claim to nab the suspects with the help of the CCTV footage.

Earlier today, the investigators shared the footage of the alleged terrorists with NADRA for identification after completing the geo-fencing of the area.

Authorities also managed to obtain CCTV footage of the alleged terrorists and their facilitators doing recce of the area. Reports also claimed that the facilitators were in contact with each other at the time of the blast.

Earlier, officials identified the terrorist who planted the bomb after recovering the complete footage of the blast.

At least, three people were killed while over two dozen were injured in a blast at the bustling market in the provincial capital. Initial investigation showed that a 1.5 kilogram improvised explosive device (IED) was planted in a motorcycle parked next to a pushcart outside a bank, which was the cause of the blast.

The windows of nearby shops and buildings left shattered due to the blast. The shop caught fire after the explosion reducing it to ashes as forensic experts said that a time device was used to detonate the bomb. The police official said the blast caused a 1.5 feet-deep-hole in the ground, while the injured people had been shifted to Mayo Hospital.