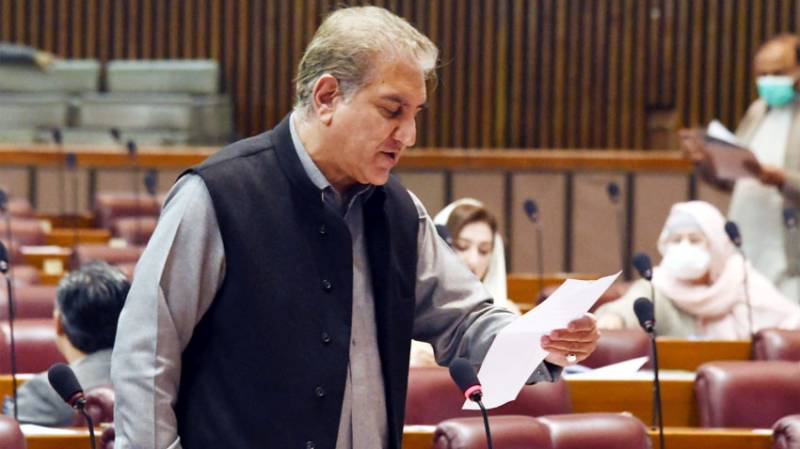 Foreign Minister Shah Mahmood Qureshi has said that the present government has given a new direction to the country’s foreign policy from geo-politics to geo-economics for the welfare of people.

Speaking in the National Assembly on Friday, he said the country’s economy is now touching 5.37 percent growth rate regardless of the contraction caused by COVID-19 to the international economies.

He said according to a survey of World Bank, our agriculture sector is growing by 3.3 percent. He said our exports and remittances are reaching record levels besides the statistics show that per capita income is also increasing.

The Foreign Minister said regardless of gas shortage, the Urea production has witnessed an increase. He said we are providing urea to the farmers at much lower rates than the international market. He said action will be taken against those hoarding the commodity.

Shah Mahmood Qureshi admitted that inflation poseed a major challenge. He, however, said there are several international factors behind it including that of increase in the price of gas and petroleum products in global markets.

The Foreign Minister said we welcome the criticism of the opposition parties but they should not spread despondency amongst the people as it is not in the interest of the country. He said we took painful decisions to stabilize the economy.