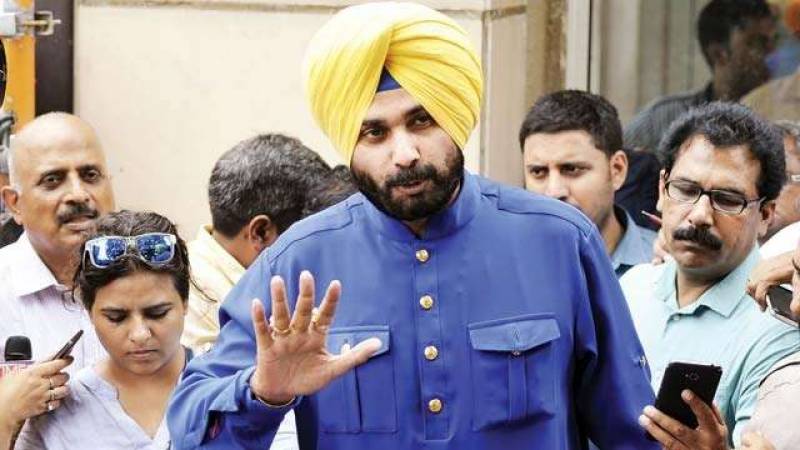 ISLAMABAD - Navjot Singh Sidhu, cricketer-turned-politician has now been banned from entering the Film City in Mumbai. The decision has been taken by the Federation of Western India Cine Employees after a meeting that was held on Thursday in Mumbai.

Sidhu used to shoot for the episodes of the comedy show in the studios situated inside the Film City premises.

Recently, the Federation had also announced a complete ban on working with Pakistani artists in India.

On Thursday, in a letter to the managing director of the Film City in Mumbai, the Federation stated that not just the Pakistani artists but also Navjot Singh Sidhu link be banned from entering the premises of the Film City and should not be allowed to shoot in the studios that are situated inside its premises.

This comes soon afte the Federation had directed the Indian filmmakers not to work with Pakistani artistes link and to also not release their films in Pakistan.