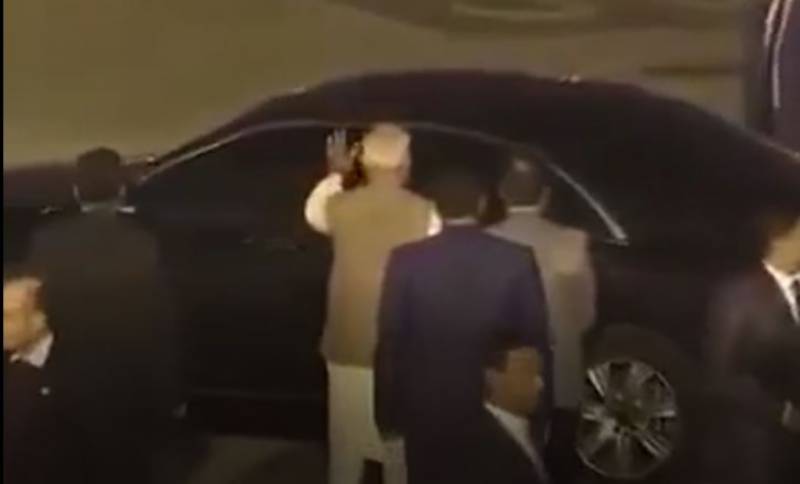 NEW DELHI - Saudi Arabia Crown Prince Mohammed bin Salman who landed in India on Tuesday night on a two-day visit was welcomed by Indian Prime Minister Narendra Modi along with other dignitaries at the airport.

Following his arrival, a video has been making rounds on social media in which it can be seen that the Saudi crown prince decided to ditch Indian PM Modi and go in his own car and left PM Modi in embarrassing situation.

MBS, who was welcomed amid tight security can be seen driving away in his car and did not sit in the car with PM Modi, who was seen waving goodbye to the Saudi royal. Video Player 00:00 00:00