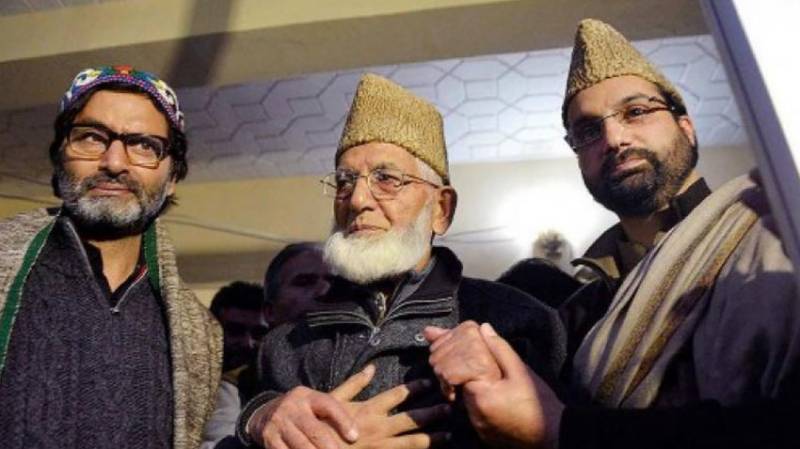 In occupied Kashmir, the Joint Resistance Leadership has said that India cannot stifle the voice for freedom by resorting to aggressive policies and imposing ban on political opponents in the territory.

According to Kashmir Media Service, the leadership comprising Syed Ali Gilani, Mirwaiz Umar Farooq and Muhammad Yasin Malik in a joint statement made it clear to India that popular movements cannot be defeated by military oppression, police highhandedness and killings.

The leaders reiterated to continue their struggle against the illegal Indian occupation peacefully and politically.

The Chairman of Hurriyat forum, Mirwaiz Umar Farooq in statement termed the growing attacks on Kashmiri students and traders inside India as shameful.

The Chairman of Tehreek-e-Hurriyat Jammu and Kashmir, Muhammad Ashraf Sehrai in a statement said that the Kashmir dispute can only be resolved by addressing the issue in its historical perspective.

Groups of Hindu extremists ransacked properties worth millions of rupees belonging to the   Muslim community in Poonch.

The Hindu rioters raised provocative and anti-Muslim slogans at Mohalla Alapir of Poonch town and destroyed around a dozen of private vehicles apart from other material assets.

Speakers at an event organized by the Sub-Committee of Human Rights of the European Parliament in Brussels called for implementation of the recommendations put forth in the June 2018 report on Kashmir by the United Nations’ Office of High Commissioner on Human Rights.