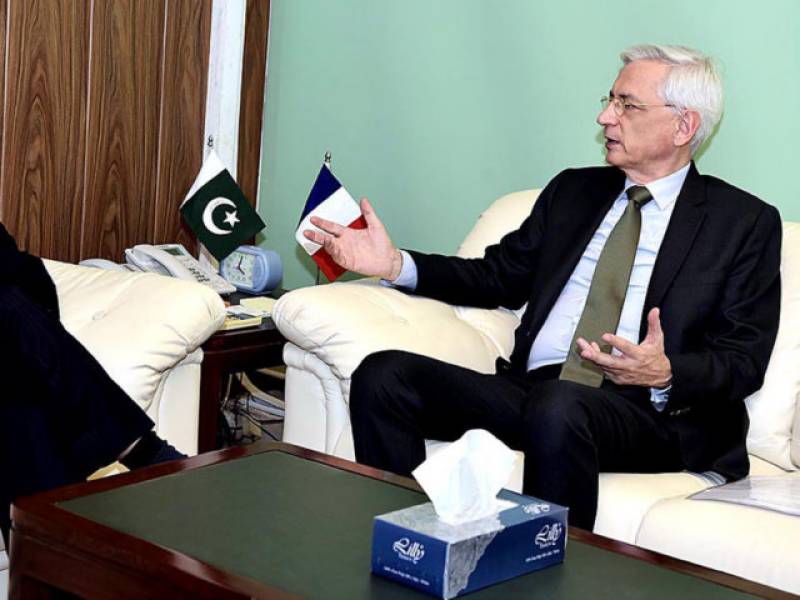 ISLAMABAD: The Ambassador of France to Pakistan Marc Baréty here on Thursday said that his country wanted enhanced trade with Pakistan as it was a potential market for trade and investment.

He said 80 million strong middle class of Pakistan was an attractive market for French companies due to which they were taking more interest in Pakistan.

He said that current volume of bilateral trade was not reflective of true potential of both countries and it could be further enhanced by strong efforts from both sides.

He was addressing the business community at Islamabad Chamber of Commerce & Industry.

The French Envoy said that Pakistan and France were doing trade in limited items and both should focus on diversification of trade to achieve better results.

He said that EU’s GSP Plus facility to Pakistan has enabled it to enhance 60% exports to European Union countries.

However, he added that instead of relying on textiles products, Pakistan should focus on value added agro food products, medical appliances, dairy products and others to further enhance its exports to EU including France.

He said renewable energy items, turbines for hydropower, pharmaceuticals, agriculture, energy, water and helicopters were other potential areas of mutual cooperation between Pakistan and France.

He said a Doing Business in Pakistan Forum was held for French companies in Dubai and another will be held in near future to attract more French companies towards Pakistan. He assured that French Embassy would assist Pakistani business community in doing business with France.

Speaking at the occasion, Ahmed Hassan Moughal, President, Islamabad Chamber of Commerce and Industry said that Pak-France bilateral trade in 2017 was around €1.4 billion, which was not encouraging.

He said that both countries should focus on promoting business linkages between private sectors for further improve bilateral trade volume.

Rafat Farid Senior Vice President and Iftikhar Anwar Sethi Vice President ICCI said that Chamber would like to work closely with France Embassy for promoting B2B contacts between private sectors of both countries in order to further improve bilateral trade and economic relations between Pakistan and France.

They said French investors should explore Pakistan for JVs and investment in various sectors of Pakistan’s economy.