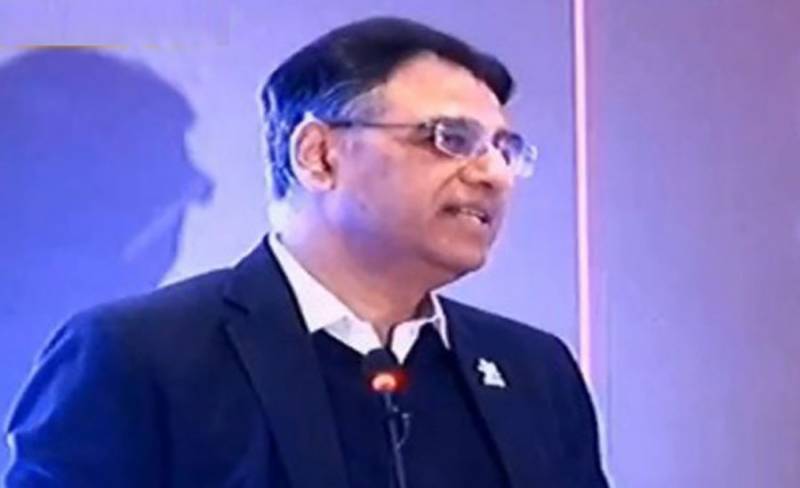 *ISLAMABAD – Finance Minister Asad Umar has clarified that there is no fear of big loss with tensions with India on Thursday.*

In special conversation with *92 News*, Asad Umar informed that the *Financial Action Task Force (FATF)* will issue its statement tomorrow, adding that it may be prove good news for Pakistan.

The finance minister also said that the talks are underway with the* International Monetary Fund (IMF)* on a regular basis. He added that the negotiations with IMF almost in the final phase. “Nothing can be said before settling the conditions,” he described.

“We are in talks with the IMF and are holding sessions on a regular basis,” the minister contented and added that last week, Pakistani teams had two technical sessions with the fund and having one interaction every week.

Replying to a query, the federal minister said, the government will again talk with the IMF this week and we are sharing economic data with it and added, “Following the finalisation of terms, an IMF mission will visit Pakistan.”