S Korea to announce joint military drill plan with US before April
21 Feb, 2018 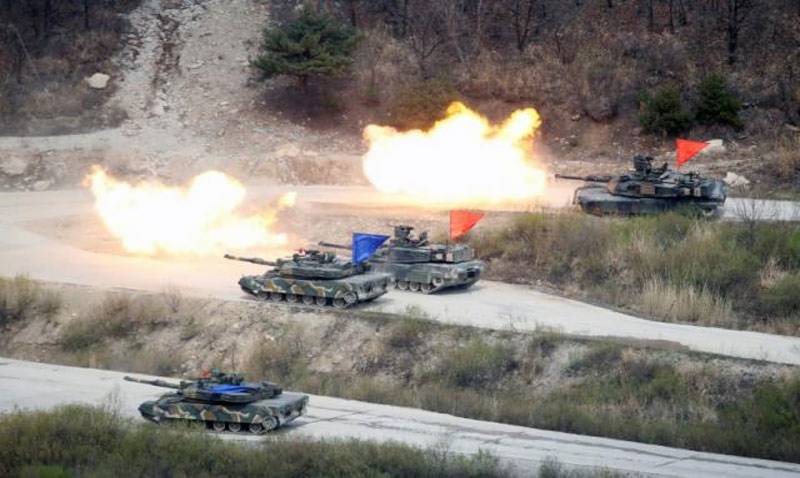 SEOUL: South Korea and the United States will announce plans before April for joint military drills that had been postponed until after the Winter Olympics and Paralympics, South Korea’s defense minister said.

After the postponement of the regular drills, North Korea agreed to hold the first official talks with Seoul in more than two years and to send athletes to the Games in Pyeongchang, South Korea, easing a standoff over the North’s development of nuclear weapons capable of hitting the United States.

Asked in parliament when the postponed drills would be held, South Korean Defence Minister Song Young-moo said he and his U.S. counterpart, Jim Mattis, would make an announcement between the end of the Winter Paralympics on March 18 and the start of April.

“The exercise was postponed according to the spirit of the Olympics,” Song said. “We have agreed to uphold the basis until after the Paralympics ... and not to confirm nor deny anything regarding what we would do after that until we announce it”.

Song maintained that the inter-Korean talks had not come about as a direct result of the postponed drills, which North Korea denounces as preparations for invasion.

Pyongyang has warned it will not sit idle if the United States and South Korea push ahead with the postponed exercises.

US State Department spokeswoman Heather Nauert said she had ”no reason ... to believe that we wouldn’t restart some of our exercises that we do.

“We’ve done those for many decades,” she told a regular news briefing, while referring further queries to the Pentagon.

The U.S. military had no immediate comment. But U.S. officials, including Mattis, have expressed confidence the drills would start after the Paralympics.

The South Korean and U.S. militaries usually hold their Key Resolve and Foal Eagle exercises in March and April, which can involve as many as 17,000 U.S. troops and over 300,000 South Koreans.

“I‘m aware negotiations are moving towards a direction where the drills will be held,” Cho told a separate parliamentary session on Tuesday. He did not elaborate.

North Korea’s official KCNA news agency said restarting the drills would be an “act of ruthlessly trampling even a small sprout of peace that has been now seen on the Korean peninsula”.

“It is a provocative act of chilling the active efforts of the DPRK and enthusiasm of the international community to defuse tension and create a peaceful environment,” KCNA said in commentary on Monday.

The intra-Korean talks led to a high-level North Korean delegation headed by Kim Yo Jong, the sister of leader Kim Jong Un, attending the Olympics.

North Korea has also refrained from carrying out any weapons tests since late November, when it shot off its largest intercontinental ballistic missile.

Washington has welcomed the Korean talks and said it is open to talks itself with North Korea, but only to convey the U.S. stance that it must give up its nuclear weapons, a demand Pyongyang has rejected.

Chang Ung, North Korea’s representative on the International Olympic Committee, made the remark after a South Korean provincial governor said Gangwon province, host of the 2018 Winter Olympics, was considering a proposal to co-host the 2021 Asian Winter Games.

The host city for the 2021 event has not yet been decided. Reuters