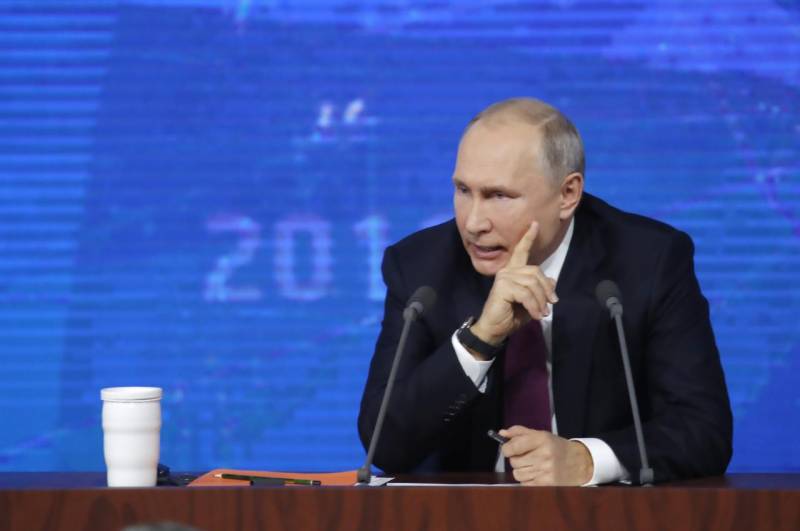 MOSCOW - Russian President Vladimir Putin has said that the threat of nuclear war should not be underestimated, but that he hoped that common sense would prevail.

Speaking at his annual news conference, Putin said it was hard to predict what the consequences would be of a US withdrawal from the landmark intermediate-range nuclear forces treaty, signed in 1987.

Russian President said that Russian economy can rank fifth in the world in terms of volume and that such a breakthrough would need changing the structure of the country's economy.

He said that Russia 'needs to enter a different league in terms of quality of economy'.

Earlier in December the World Bank said economic growth in Russia will be modest over the next two years with a possible expansion of western sanctions and high geopolitical tension making for an unfavorable outlook.

But Russia's fundamentals, including its international reserves, would help it to absorb "external shocks", it said in a regular report.