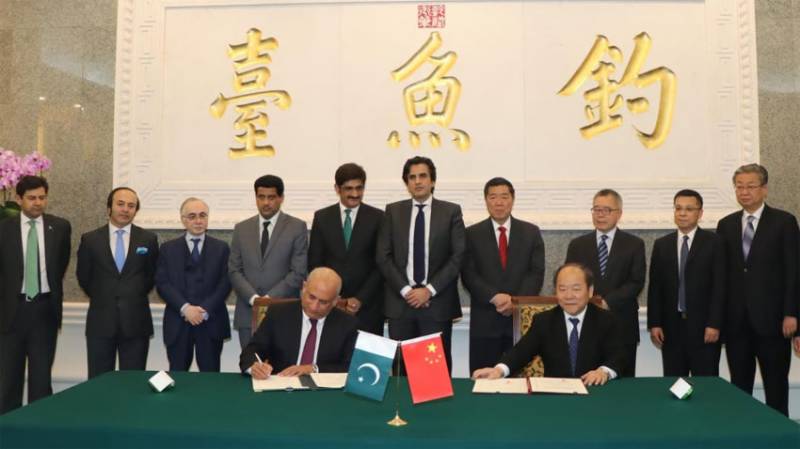 Pakistan and China have signed a financing agreement on the construction of 330 MW coal-based Thar Energy Limited Power Project.

The signing ceremony was held on the sidelines of 8th meeting of the CPEC JCC which was co-chaired by Minister for Planning Khusro Bakhtiar with Chinese Vice Chairman of National Development and Reform Commission Ning Jizhe in Beijing.

Project Director Saleemullah Memon told APP that cost of the project is 520 million dollars and it would be completed with the financial support of two consortium led by China Development Bank and Habib Bank Limited respectively.