In a blow, US Defence Secretary Jim Mattis resigned
21 Dec, 2018 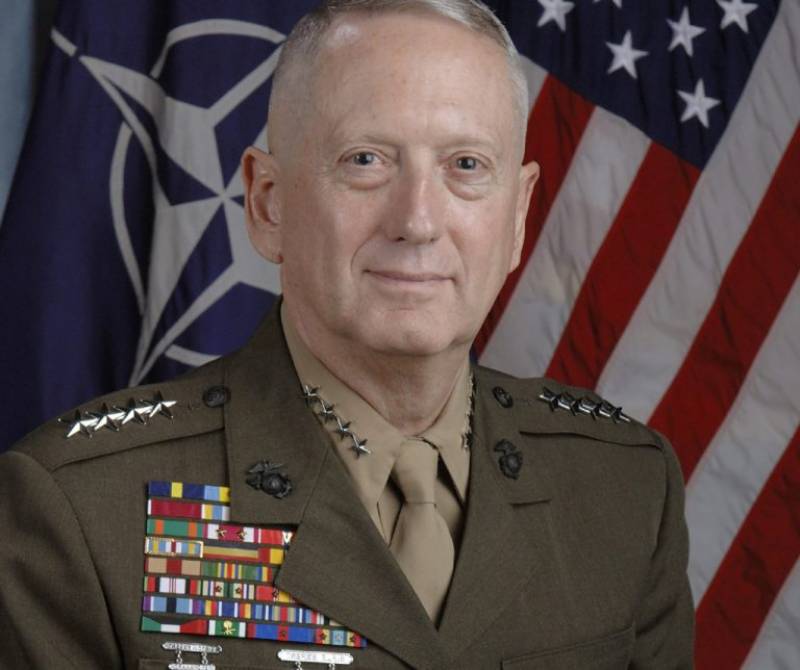 WASHINGTON - US Defense Secretary Jim Mattis resigned Thursday, leading a chorus of protests at home and abroad after President Donald Trump ordered a complete troop pullout from Syria and a significant withdrawal from Afghanistan.

Trump steadfastly defended his sudden push for retrenchment, vowing that the United States would no longer be the “policeman of the Middle East” and saying the 2,000-strong US force in Syria was no longer needed as the Islamic State group had been defeated.

Mattis, a battle-hardened retired four-star general seen as a moderating force on the often impulsive president, made little attempt to hide his disagreements with Trump.

“Because you have the right to have a secretary of defense whose views are better aligned with yours,” Mattis said in a letter to Trump, “I believe it is right for me to step down from my position.”

Mattis hailed the coalition to defeat Islamic State as well as NATO, the nearly 70-year-old alliance between North America and Europe whose cost-effectiveness has been questioned by the businessman turned president.

“My views on treating allies with respect and also being clear-eyed about both malign actors and strategic competitors are strongly held and informed by over four decades of immersion in these issues,” Mattis wrote.

One day after the surprise announcement on Syria, a US official told AFP that Trump had also decided on a “significant withdrawal” in a much larger US operation — Afghanistan.

Some 14,000 troops are fighting the Taliban in Afghanistan as part of the longest-ever US war, launched in response to the September 11, 2001 attacks. The Wall Street Journal reported that more than half would be returning.

Trump has surrounded himself with former military men and shown an uncharacteristic public deference toward Mattis, a bookish 68-year-old who has disagreed with the president behind the scenes on issues from Russia to Iran to accepting transgender soldiers.

He hinted at Mattis’s departure as far back as October, telling CBS: “It could be that he is (leaving). I think he’s sort of a Democrat, if you want to know the truth… He may leave. I mean, at some point, everybody leaves.”

On Twitter Thursday, however, Trump had only praise for his defense secretary, who will serve until the end of February, crediting him with achieving “tremendous progress.”

US lawmakers across the political spectrum voiced concern over a rebirth of the Islamic State group in Syria and sounded an alarm as Mattis unmoors from the unpredictable administration.

Senator Marco Rubio, a member of Trump’s Republican Party, said Mattis in his letter “makes it abundantly clear that we are headed towards a series of grave policy errors which will endanger our nation, damage our alliances and empower our adversaries.”

Democratic Senator Mark Warner called Mattis “an island of stability amidst the chaos of the Trump administration” and voiced fears of policy driven by “the president’s erratic whims.”

Meanwhile, Senate Majority Leader Mitch McConnell was unusually pointed, calling for the US to “maintain a clear-eyed understanding of our friends and foes, and recognize that nations like Russia are among the latter.”

He said he was “particularly distressed that he is resigning due to sharp differences with the president on these and other key aspects of America’s global leadership.”

Trump was quick to note that he has ramped up military spending, but he has been most interested in deploying troops at home to carry out his key domestic goal of cracking down on unauthorized immigration.

“Does the USA want to be the Policeman of the Middle East, getting NOTHING but spending precious lives and trillions of dollars protecting others who, in almost all cases, do not appreciate what we are doing? Do we want to be there forever? Time for others to finally fight,” he tweeted.

The US withdrawal will make Russia, which has deployed its air power in support of President Bashar al-Assad, the pre-eminent global power in the Syrian conflict.

“The fact that the US has decided to withdraw its troops is right,” President Vladimir Putin said during an annual year-end press conference, saying that “on the whole I agree with the US president” on the level of damage inflicted on Islamic State.

Putin, who has described the fall of the Soviet Union as a historic geopolitical disaster, sees Moscow’s longtime ally Syria as a key asset in preserving influence in the Middle East.

Turkey opposes Assad and may be emboldened by Trump to attack Kurdish fighters inside Syria, who fought alongside US troops against the Islamic State group.

Turkey links Kurds who dominate the US-backed Syrian Democratic Forces to a decades-old insurgency at home, but had been reluctant to strike for fear of setting off a crisis if the United States suffered casualties.

Mustefa Bali, a spokesman for the Syrian Democratic Forces, said the fighters would keep up the battle against Islamic State — but that all bets were off if Turkey attacks.

Bali said the Kurdish forces would keep locked up the Islamic State extremists in their custody — but alleged that Turkey may target prisons to sow chaos once US troops leave.

The Islamic State movement has claimed credit for a slew of attacks around the world, including the 2015 coordinated assault on Paris, and experts estimate that thousands of sympathizers remain.

Meanwhile Germany, which has taken in more than one million refugees stemming in large part from the Syria conflict, questioned Trump’s assessment that the threat was over.

While fighting has largely subsided in Syria and the Islamic State group holds little territory, a political solution remains elusive in ending the war that has killed more than 360,000 and displaced millions since 2011.