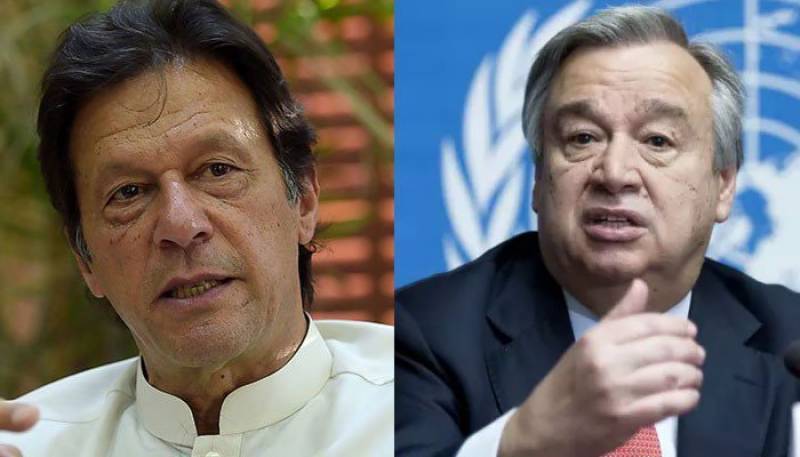 ISLAMABAD: Prime Minister Imran Khan while expressing deep shock and grave concern over the human rights violations in Indian occupied Kashmir (IoK), made it clear before the United Nations Secretary General that the situation in IoK was unacceptable.

The prime minister, who phoned UN Secretary General António Guterres, urged him to weigh in and to stop India from perpetrating state repression, violence and brute force against the Kashmiri youth, women and children, a PM Office statement said.

The prime minister phoned the UN secretary general to express deep shock and grave concern on the recent escalation in the continuing violence in IoK, especially the recent killing of 15 innocent Kashmiris and injuries to more than 300 protestors.

He said that the imposition of Presidential Rule in IoK had the danger of further aggravating the already serious situation.

The prime minister said Jammu and Kashmir dispute was not a bilateral issue between Pakistan and India, but an internationally recognized dispute and an outstanding agenda item in the UN Security Council.

In line with recommendations of the June 2018 report of the UN Human Rights Commissioner on Human Rights in Kashmir, the prime minister asked that the Commission of Inquiry should be dispatched urgently to investigate this grave situation. He reiterated the proposal to appoint a Special UN Representative for resolution of the Jammu and Kashmir dispute.