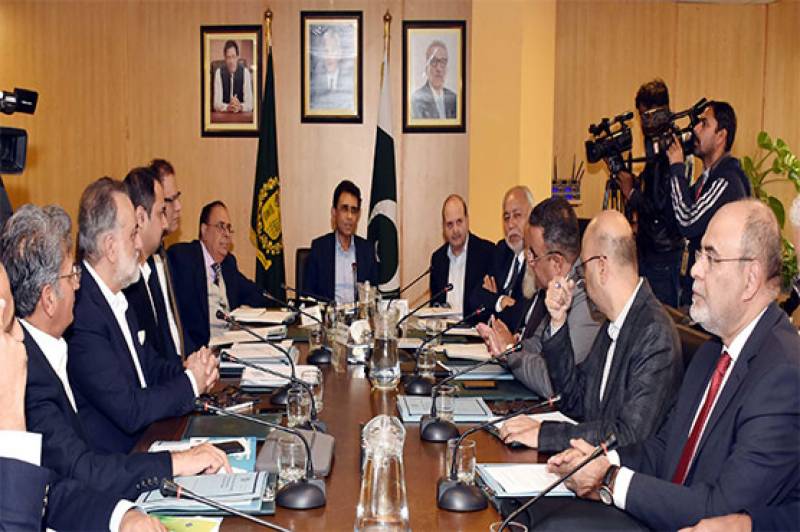 ISLAMABAD - Federal Minister for Information Technology and Telecommunication Dr Khalid Maqbool Siddiqui on Thursday said that it is the topmost priority of the government to digitalize Pakistan.

The Federal Minister was chairing the first meeting of Prime Minister Taskforce on IT and Telecom at the committee room of the Ministry of IT on Thursday.

Secretary Ministry of IT Maroof Afzal was also present in the meeting. Dr Atta-ur-Rehman attended the meeting as co-chairman of the PM Taskforce on IT and Telecom.

The Federal Minister said that penetration of fiberization, broadband, mobile phones and smart phones will be enhanced across the country. He said that the present government is committed for promotion of information technology in the country.

“We have to take Pakistan towards development and prosperity through information technology,” he said. The meeting decided to declare IT and Telecom sector as industry and to adopt legal process in this regard.

The meeting formulated with consensus three sub-task forces on IT, Telecom and Human Resource Development. These sub-task forces were directed to submit their recommendations in six weeks time period.

Member IT Ministry of IT gave detailed presentation regarding the objectives and mandate of the Ministry of Information Technology and Telecommunication.

The members of the taskforce also discussed different issues and challanges confronted by IT and telecom sector in the country.

Speaking on the occasion, Dr. Atta-ur-Rehman emphasized upon making our IT industry comply with international standard. He said that innovation and entrepreneurship must be promoted in the IT sector.

The taskforce was also briefed about different programmes launched by Ministry of IT including Digiskills, ICT for Girls through Technology, National ICT Scholarship programme etc. The meeting was told that five national incubation centres have been established in different cities under Rolling out National Network of Incubators project.