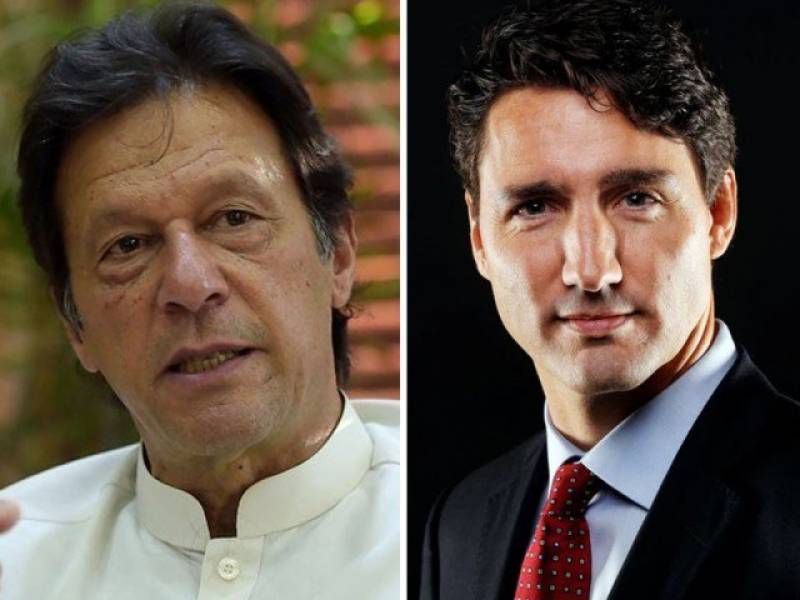 He had a telephonic conversation with Prime Minister Imran Khan and congratulated him on forming the government.

Trudeau, in a tweet, said he discussed human rights, girls’ education, trade, refugees and climate change with the premier and had a “great phone conversation”.

“Congratulations again, Imran, on forming Pakistan’s new government – I look forward to working together for people in both our countries.”

A statement by the Press Information Department (PID) said Trudeau also appreciated PM Khan’s “illustrious career in cricket and politics and wished him well for implementing his party’s agenda for the welfare of Pakistani people”.

The Pakistani premier “also underscored the contributions of over 400,000 Canadians of Pakistani origin in Canada”.

On Monday, China’s Premier Li Keqiang had a telephonic conversation with the prime minister in which he conveyed Beijing’s desire to foster Pak-China ties.

“The CPEC project is a national priority and we [Pakistan] laud Chinese workers’ role in developing our nation,” Imran was quoted by *Express News* as telling his Chinese counterpart over the phone.