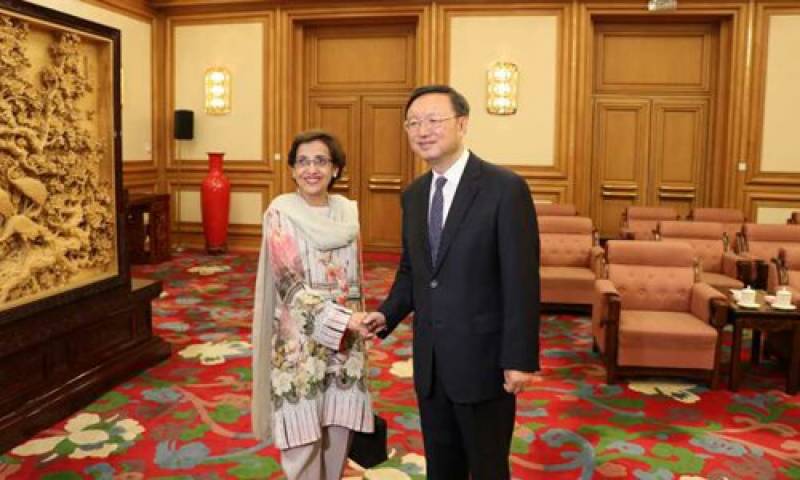 ISLAMABAD: Foreign Secretary Tehmina Janjua Monday called on Chinese State Councilor Yang Jiechi at the start of her three-day visit to China.
The foreign secretary during the meeting, reaffirmed that friendshipwith China is the cornerstone of Pakistan’s foreign policy and reiterated Pakistan’s support for China on its core issues, a foreign office statement said.
The state souncilor noted that the recent visit of Chinese vice PremierWang Yang to Pakistan to participate in celebrations commemorating the 70thanniversary of independence on August 14, was in keeping with the long-standing traditions of the Pakistan-China all-weather strategic cooperative partnership.
Both sides acknowledged that China-Pakistan Economic Corridoris the flagship project of the Belt and Road Initiative and early completion of projects would bring tangible benefits to the people of both countries.
The foreign secretary and state councillor discussed regional andinternational situation.
She also briefed about the grave situation of Kashmiri people in IndianOccupied Kashmir. Following her meeting with the state councillor, she addressed researchers, scholars and academics at the China Institute ofInternational Studies on “Foreign policy of Pakistan and regional andglobal situation,” which was followed by an interactive question and answersession.