In a setback, Pakistan’s ruling coalition is 54 members short of impeaching President
21 Apr, 2022 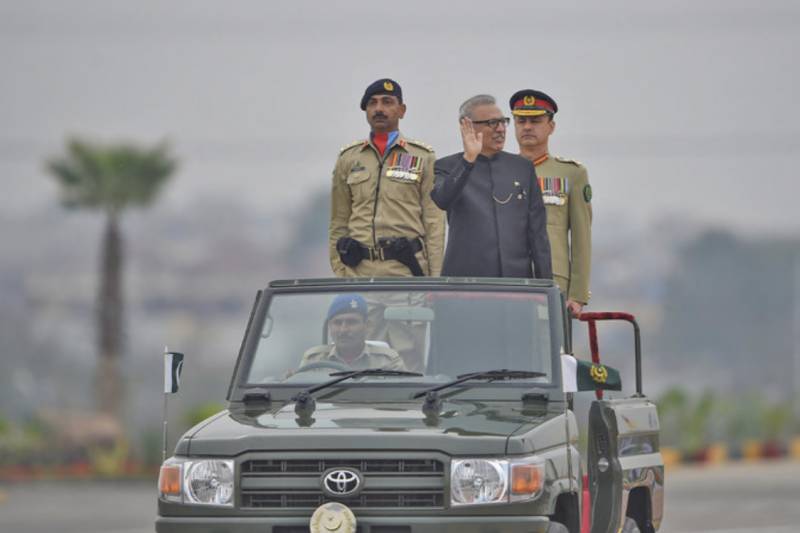 ISLAMABAD: Pakistan’s new government is planning to impeach President Dr. Arif Alvi for not fulfilling his constitutional responsibilities ever since the ouster of former prime minister Imran Khan in a no-trust vote last week, a lawmaker of the ruling coalition said on Wednesday.

Shehbaz Sharif, a unanimous candidate of a ten-party opposition alliance, was elected as the country’s 23rd prime minister last Monday after the dismissal of Khan’s government.

The president did not administer oath to Sharif and his cabinet since he had taken a sick leave, making Senate Chairman Sadiq Sanjrani perform the constitutional duty.

The government believes the president’s evasion of his constitutional responsibilities can constitute a reasonable ground for his impeachment.

“The president is not performing his constitutional duties. Therefore, we have decided to impeach him,” Senator Afnan Ullah Khan of the ruling Pakistan Muslim League-Nawaz (PML-N) party told Arab News.

According to the constitution, the president may be removed from office on grounds of physical or mental incapacity or on a charge of violating the constitution or gross misconduct. However, the resolution against him needs to be passed by two-thirds of the total parliamentary membership.

There are 442 lawmakers in both houses of parliament. With 342-member National Assembly and 100-member Senate, the two-thirds of parliament comes to 295 lawmakers.

Khan said the coalition government had 176 and 65 lawmakers in the National Assembly and Senate, respectively, adding this took the total number to 241 in both houses which still kept it short of 54 members to impeach the president.

“We will have to make sustained effort to complete the required number,” he said, adding the ruling coalition would get support of about thirty dissident Pakistan Tehreek-e-Insaf (PTI) lawmakers.

“We may convince some PTI senators as well to be part of the impeachment,” he said while admitting that it would be a difficult task to achieve.

Khan hoped some PTI senators would support the move to impeach the president since the defection clause would not apply to them in this case.

According to the constitution, at least one-half of the total membership of either of the two houses of parliament can provide a written notice to the National Assembly speaker regarding their intention to remove the president along with the details of their charges against him.

The speaker will then be bound to process the notice within three days of its receipt and a copy of it will also be sent to the president.

The constitution says the speaker will summon the two houses to meet in a joint sitting within seven to fourteen days after receiving the notice.

The joint sitting may investigate the charges against the president who secures the right to be there and be represented during the proceedings.

“If, after consideration of the result of the investigation, if any, a resolution is passed at the joint sitting by the votes of not less than two-thirds of the total membership declaring that the President is unfit to hold the office due to incapacity or is guilty of violating the Constitution or of gross misconduct, the President shall cease to hold office immediately on the passing of the resolution,” says the constitution.

Legal experts say the president has the power to issue notifications related to different key appointments and return summaries to federal cabinet with objections for review before their approval, adding the government may find it necessary to remove him.

“If a coalition partner quits Shehbaz Sharif’s government for any reason, the president may ask the prime minister to take vote of confidence,” advocate Saad Rasool, who also hosts a TV talk show, told Arab News.

He said the prime minister had the authority to appoint officials in most cases, though he had to send summaries to the president for approval.

“If the president is from a different party, like in the case of Dr. Arif Alvi, he may create a lot of issues and in some cases constitutional crises for the sitting government,” he continued.

“This period of twenty, twenty-five days becomes crucial in some cases,” he said while referring to the recent removal of Punjab Governor Omar Sarfaraz Cheema by the prime minister whom the president directed to continue with his responsibilities.