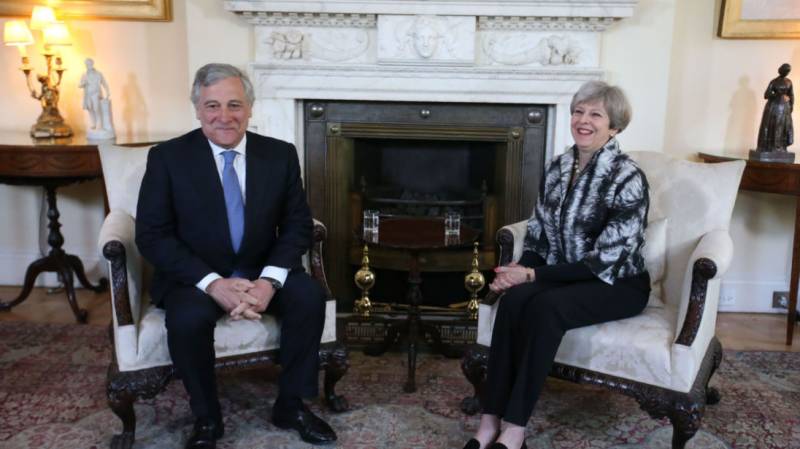 BRUSSELS: Britain's snap election has sparked hopes in Europe that Brexit negotiations could run more smoothly with a leader who has a big mandate, analysts and diplomats say.

In Brussels, the belief is that if Prime Minister Theresa May wins a large majority as expected on June 8, she will no longer have to worry so much about upsetting hardliners in her Conservative Party.

That would give her space to consider options that are anathema to core Brexiteers, such as a transitional deal until 2022 in which free movement and the jurisdiction of the European Court of Justice could continue.

European Parliament President Antonio Tajani said as much when he visited May in London on Thursday, adding that a new government before talks start later in June is "good not only for the UK but for us."

That view is widely shared. A European source close to the negotiations told AFP that a May victory would give a "a strong leader in London who could negotiate with us, with the strong support of her electorate".

The current mood is more promising than when May formally triggered the two-year Brexit process last month, a step that saw both sides taking tough positions on the talks ahead. (APP)