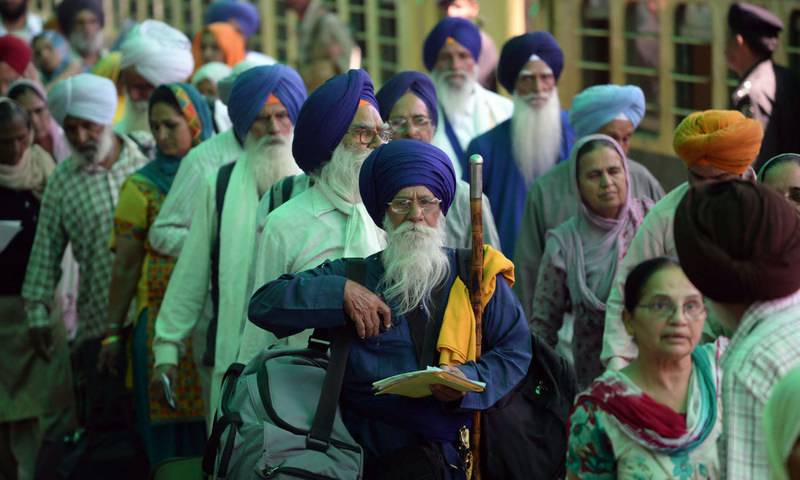 LAHORE (APP): Around 1,429 Sikh yatrees, who were in Pakistan to celebrate Baisakhi festival, returned to their homeland India on Friday.

Talking to the media, the ETPB chairman thanked prime minister, Punjab chief minister, railway minister, rangers and Punjab police on provision of the best security arrangements, etc. He said that Pakistan wanted friendly relationship with India for permanent peace in the region. Kashmir issue should be resolved according to the resolution of the UNO, he added.

He said that work of renovation of Sikh gurdwaras was in progress. "We want to give maximum facilities to Sikh yatrees," he added.

Speaking on the occasion, group leader Sardar Bilwandar Singh said that Pakistan is their second home. He expressed satisfaction over the arrangements made by the ETPB for Sikh gurdwaras in Pakistan. He said Pakistani people are loving and peaceful.