PML-N lashes out at opposition over politics of allegations
21 Apr, 2017 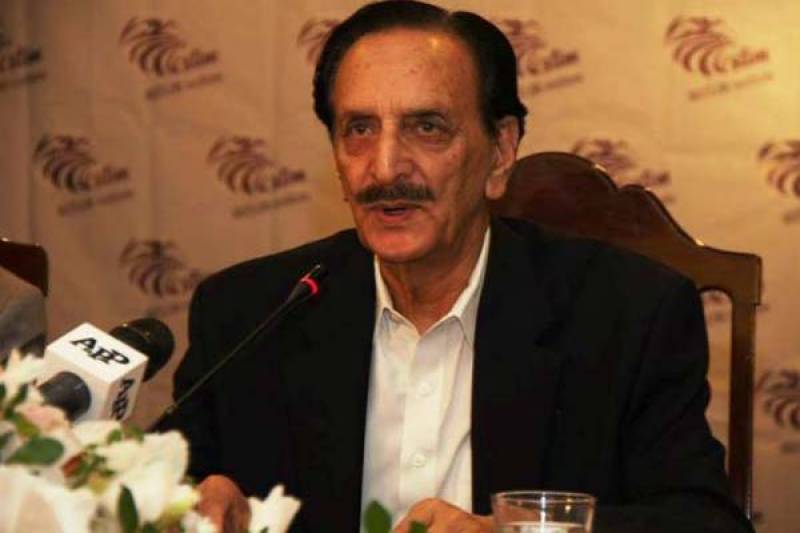 ISLAMABAD: Lashing out at the major opposition parties in the Parliament, leaders of Pakistan Muslim League (Nawaz) on Friday said they should avoid double standards approach and shun politics of allegations.

"The opposition which has rejected formation of Joint Investigation Team (JIT) in Panamagate case showed that they have accepted that the verdict announced by Supreme Court was not against the premier Nawaz Sharif", leader of the house in Senate, Raja Zafar ul Haq said.

Talking to media persons outside the Parliament House here, he said instead of playing their due role in the Parliament, the opposition preferred politics of agitation and continued hue and cry to disrupt the proceedings in the house.

With regard to walkout from the house, he said the opposition was given an ample opportunity to present their stance but they opted walk out.

Answering a question, Raja Zafar ul Haq said the opposition has no moral justification to demand resignation from the Prime Minister.

He said opposition seemed perplexed and raising hue and cry as the verdict announced on Thursday was against their wishes.

"The Thursday's verdict was the victory of Nawaz Sharif, his party and people of Pakistan", he remarked.

Minister of State for Capital Administration and Development Division, Tariq Fazal Chaudhry also criticized the opposition over its double standard role and said those who are declared corrupt were now leveling allegations of corruption on other innocents.

He said it is the practice of what he called "the most corrupt Pakistan Peoples Party not to accept any court's verdict which they think is not meeting their negative designs".

The decision announced by the apex court in Panam papers case has cleared the premier of all the allegations levelled against him and his family.

He said it is the government which had recommended formation of Judicial Commission but the opposition took the case to apex court.

Replying to a question, the minister said PTI Chief Imran Khan levelled false allegations against daughter of Prime Minister Marriyum Nawaz, but in the detailed verdict, nothing was proved against her.

He said hardly there was any politician in history of Pakistan who and his family faced such a strict accountability process but it is Nawaz Sharif who voluntarily offered himself for the accountability.

Minister of State for Water and Power Chaudhry Abid Sher Ali said yesterday was the victory of the Prime Minister Nawaz Sharif as the decision was in favour of democracy and justice.

"We respect the Constitution of Pakistan and the dignity and sanctity of our institutions", he added.

He said the demand of the opposition is reflective of their frustration on the decision.

He said April 20 was the auspicious day for the people and the workers of PML-N. He said that all the political parties should honour the decision of the apex court and avoid creating hurdles in the path of investigation by JIT.

Abid Sher Ali said the majority of the judges have given a clean chit to the Prime Minister.

Member of National Assembly, Daniyal Aziz said Imran Khan himself concealed his own off shore companies.

He said the PTI Chief also whitened his black money while his right hand Jehangir Tarin was a proven corrupt. (APP)