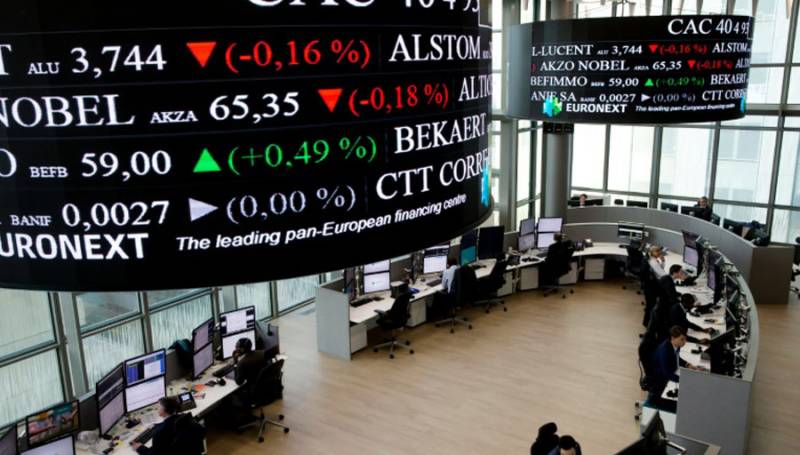 LONDON: The Paris stock market fell on Friday after the latest violent attack in the city and as traders awaited a hotly-contested presidential election in France.

London was weighed down by much weaker than expected British retail sales data, while Frankfurt gained as separate figures showed the eurozone economy grew at its fastest pace in six years in April.

In Europe, a known terror suspect shot dead a French policeman and wounded two others Thursday on Paris's Champs Elysees in an attack claimed by the Islamic State group days before the first election round Sunday. (APP)