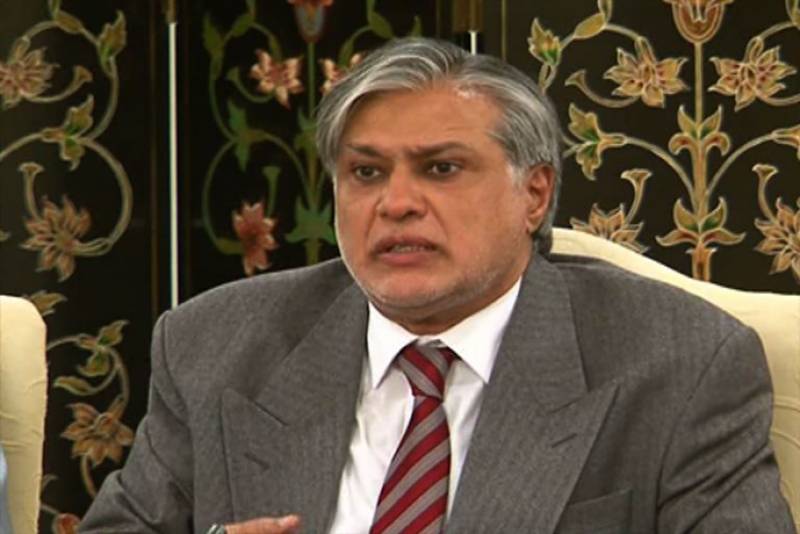 ISLAMABAD: Federal Minister for Finance and Economic Affairs Senator Mohammad Ishaq Dar said Pakistan's economy has witnessed tremendous economic turnaround and is currently reckoned as one of the fastest growing economies in the region with countless investment opportunities.

He said that Pakistan and the U-S are longstanding friends, partners and strategic allies. They have enjoyed a strong long-term, and broad bilateral partnership with many shared interests.

Both the countries have worked closely to counter terrorism and to ensure peace and stability in the region.

These efforts will provide conducive environment for further flourishing partnership between the two countries..

He further emphasized that Pakistan is looking forward to working closely with the new US Administration to further develop and strengthen bilateral relations.

We have already had some very promising interactions with the new Administration to this end.

The Govt has vigorously pursued 4Es strategy focusing on Energy, Economy, Elimination of Extremism and Education (Social Sector/Health). Structural reforms were introduced which included reducing un-targeted subsidies and broadening tax base coupled with building Foreign Exchange Reserves and curtailing inflation rates. Tax collections have increased by 60% over the last 03 years which is a complete break with the past, he added.

Minister Dar remarked that due to the prudent fiscal and monetary policies, Pakistan has witnessed a strong economic turnaround which is evident in GDP growth rebound, low to moderate inflation, stable rupee and remarkable increase in foreign exchange reserves.As a consequence, all key economic indicators have recorded significant improvement over past four years.

For the first time ever, Pakistan successfully completed IMF's Extended Fund Facility Program. Pakistan has also successfully re-entered Bond and Sukuk market while the country's ratings have been improving. Efforts are continuing to make Pakistan financially and digitally inclusive.

Commenting on China Pakistan Economic Corridor (CPEC), he said that CPEC is a game changer not only for Pakistan but for the entire region as it presents gigantic investment opportunities for the investors.

The Govt is fully determined to address the energy issue in the country and a number of new plants are being commissioned to add over 10,000 MW of electricity to the system by March 2018.

While referring to the markedly improved security situation in the country, the Finance Minister said that the economic progress is inextricably linked with peace and security. Given the countless sacrifices our people have made, and continue to make every day in the fight against terrorism and extremism, it would be fair to say that no one understands and appreciates the desperate need for peace more than Pakistan.

He further said that since regional peace is the most important pre-requisite for economic success, Pakistan cannot afford possible fallout from Afghanistan's political instability and so Afghanistan's peace, stability and territorial integrity is extremely desirable for Pakistan.

The Minister further stressed that the only lasting solution for peace in Afghanistan is an Afghan led and Afghan owned politically negotiated settlement.

In addition, deadlock on Kashmir issue and the continuing tensions on Line of Control are reflective of yet another external security dilemma Pakistan has been facing since its creation.

The Minister added that successes against terrorism & extremism have been possible after the Government launched Operation Zarb-e-Azab in June 2014. The operation was targeted specifically against terrorists in North Waziristan along Pak-Afghanistan border.

After successfully achieving the objectives of the Operation, Pakistan has launched Operation Rad-ul-Fasad which aims at indiscriminately eliminating the residual and latent threat of terrorism, consolidating operational gains and further ensuring security of the borders.

To a question, Minister specifically stated that our nukes are completely safe. Pakistan's command & control system as well as nuclear safety regime remain robust and are at par with international standards.

Pakistan also works closely with the international community and IAEA in the areas of nuclear safety and security. Infact, Pakistan is providing nuclear security training to regional countries at its Centre for Excellence for nuclear security.

He urged the US Companies and investors to benefit from the attractive business and investment opportunities available in Pakistan. (APP)