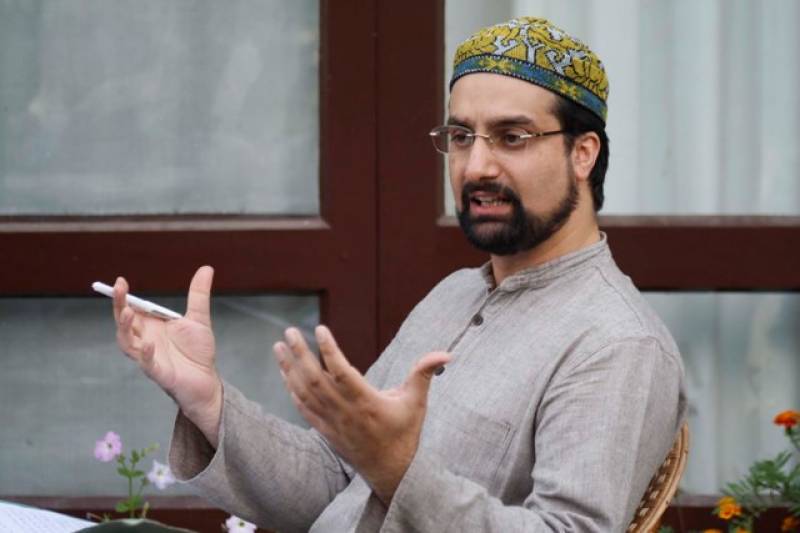 ISLAMABAD (APP): Chairman of Hurriyet forum,Mirwaiz Umar Farooq, in occupied Kashmir, has expressed grief over the brutal killing of Muzaffar Ahmad Mir by the Indian troops.

According to Kashmir Media Service, Mirwaiz Umar Farooq, Mirwaiz, who is under house detention, also expressed resentment against the use of force in dealing with student protests in the territory. He said resorting to use of brute force for every expression of resistance or protest by any section of the society even if they school students has become the standard response of the authorities that want to terrorize people into submission.

He said locking up schools, colleges and universities won't prevent the students who witness severe repression and brutality of the state each day, from demonstrating against it and hitting the streets.

"The students' overwhelming emotional outpouring is a moving expression of their anger and anguish against political uncertainty and Indian occupation which they are fed-up with and having a deep yearning for justice and resolution of the Kashmir dispute," the Mirwaiz said.